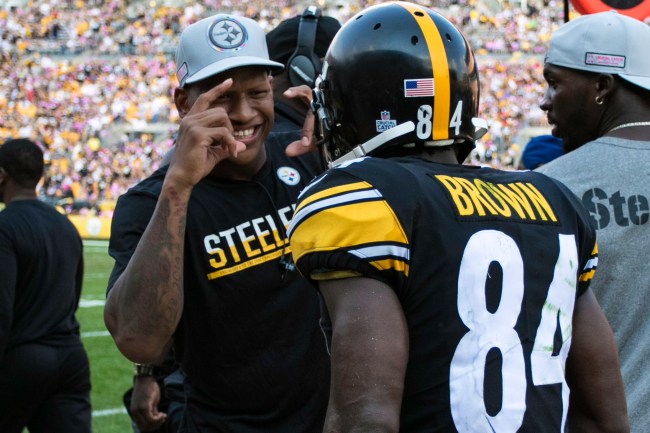 Before Brown’s first game with the Bucs on Sunday night, Shazier spoke about his bizarre experiences with Brown, who he described as a “wishy-washy friend’ that is in constant need of attention.

“To me, Antonio’s like a wishy-washy friend, bro,” . “I don’t know if he’s bipolar and all that stuff, but like, one day me and him would be cool. Then, if you don’t say something he wants to hear, then he’s mad at you. Like, bro, I don’t have time to suck up to you and be your best friend. You don’t want to hear what I’ve got to say? I’m trying to tell you for your advice from my past experience, you know what I’m saying? And I just hope he doesn’t do that over there.”

“I got blocked on Twitter. I got blocked on Instagram. Like, bro, I wished you good luck. I’m not showing no beef, not throwing no shade on you, but if you want friends who are going to tell you what you want to hear, that’s not me.”

During his podcast appearance on The Ringer, Shazier predicted Brown will cost the Bucs a trip to the Super Bowl because of his attention-seeking personalty.

The biggest thing for me on Antonio is he’s all for attention, “He’s super about attention, man — on the field, off the field.”

“The moment he makes it about himself, Tampa’s not going to go to the Super Bowl.”

It’ll be interesting to see how Brown behaves himself with the Bucs this season considering it seems like he’s burned every bridge before arriving in Tampa Bay.