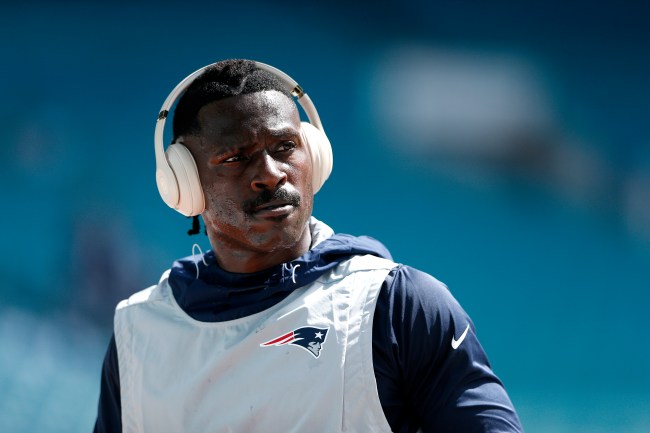 Last week, Brown was released by the New England Patriots after being accused of sexual assault by two women. Brown has maintained his innocence and is adamant about clearing his name.

Antonio Brown has reviewed the sexual misconduct allegations made by an unnamed artist included in a recently published Sports Illustrated article and denies that he ever engaged in such activities. There will be no further comment at this time.

FS1 host Shannon Sharpe has been a vocal critic of Brown’s behavior and hasn’t been shy to let AB and Patriots fans know how he feels about the wide receiver’s transgressions the last few weeks.

Do you have that same energy for AB’s behavior or just me for pointing it out? https://t.co/Crt8yy3Ttv

I don’t like or dislike AB. AB apologists like yourself are looking for someone to blame for AB’s dwn fall other than AB. Who set up those missed meetings/walk thru’s in Pittsburgh and Oakland, who tried to intimidate a female in a group chat? https://t.co/aGy4ZJfwWZ

Where are the ppl that said AB had this scripted all along to end up with the Pats? Ppl gave AB far too much credit for being that smart. A smart person would’ve behaved in Oakland and collected 30 mil not act a damn fool and lose it.

1.9M ppl watched this video 2 weeks ago, applauding this 🤡ish behavior. What do the 1.9M ppl think today? I’ll leave you with this: Talent is God-given; be humble. Fame is man-given; be thankful. Conceit is self-given; be careful. pic.twitter.com/uo5y3iWDOU

ESPN, NFL network and every talk,radio show in America been talking about AB, is it personal with them? You see how 🤡ish he was, you for supporting his behavior. You’re mad at me now. FOH. https://t.co/23CEBBxxy2

Brown saw Sharpe’s tweets and reminded the Hall-of-Fame tight end about the time he was accused of sexually assaulting a woman back in 2010 that forced him to take a leave of absence when he worked at CBS. 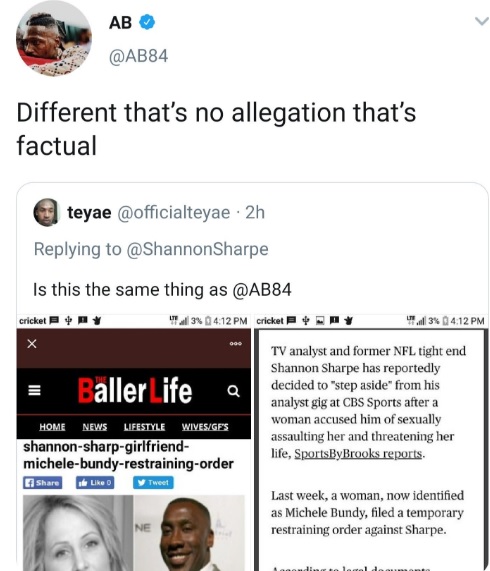 Sharpe’s case was dismissed after the woman withdrew her complaint after several people came forward and questioned her credibility.

Someone needs to take AB’s phone away from him and tell him to stop tweeting.