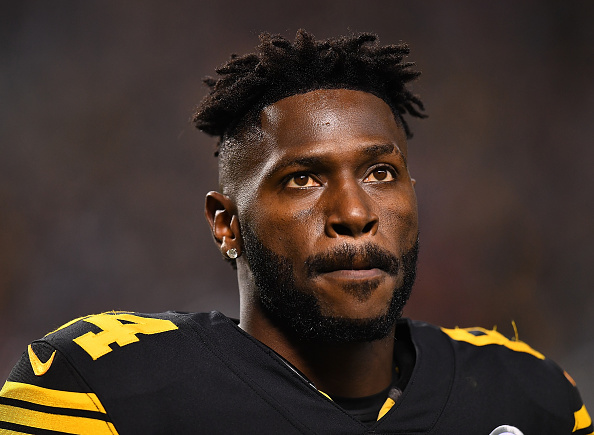 On New Year’s Eve the Pittsburgh Post-Gazette released a bombshell report that revealed that Antonio Brown had gone AWOL from the team and skipped several practices after a heated confrontation with QB Ben Roethlisberger.

According to several sources, Brown showed up at Heinz Field expecting to play against the Bengals. That surprised several players, including one who called the situation “embarrassing” and “the worst I’ve seen.” That player said the entire situation and the way it was handled affected his desire to play in the game.

It would later be reported that Brown had requested to be traded by the team.

Today, Steelers coach Mike Tomlin spoke with the media about Brown’s absence and did confirm that the Steelers wide receiver went AWOL on Friday afternoon.

Mike Tomlin on Antonio Brown: standing by AB saying he had soreness in feet, ankle and knee last Wednesday. Gave him that day off.

More Tomlin on Antonio Brown: Wanted to "leave the light on" for the game. After Friday, it became difficult to communicate with him. Wasn't able to talk to him Friday or Saturday. Wasn't there Saturday and "it became altogether different"

Agent Drew Rosenhaus talked to MIke Tomlin Sunday and said AB was ready to play. Tomlin told him that's not how decisions are made. "I head he left the stadium, I don't confirm that" because he wasn't sure

Mike Tomlin: "He was absent due to injury and lack of communication."

During Tomlin’s press conference Brown tweeted out a quote about being able to utilize his “free will”.

At the end of the day you are in command of your own life but with that being said you need to get your mind right and figure out exactly what you want. What’s most important. Individual stats or a whole team raising the trophy. I hope you find peace in whatever decision you make

During Tomlin’s press call? You have no respect for your coach or your team.

Take charge, grow up and be a team player. That’s how a real man becomes great.

You aren't utilizing your free will with regards decision making very well. Please grow up, be humble and be truly great!!