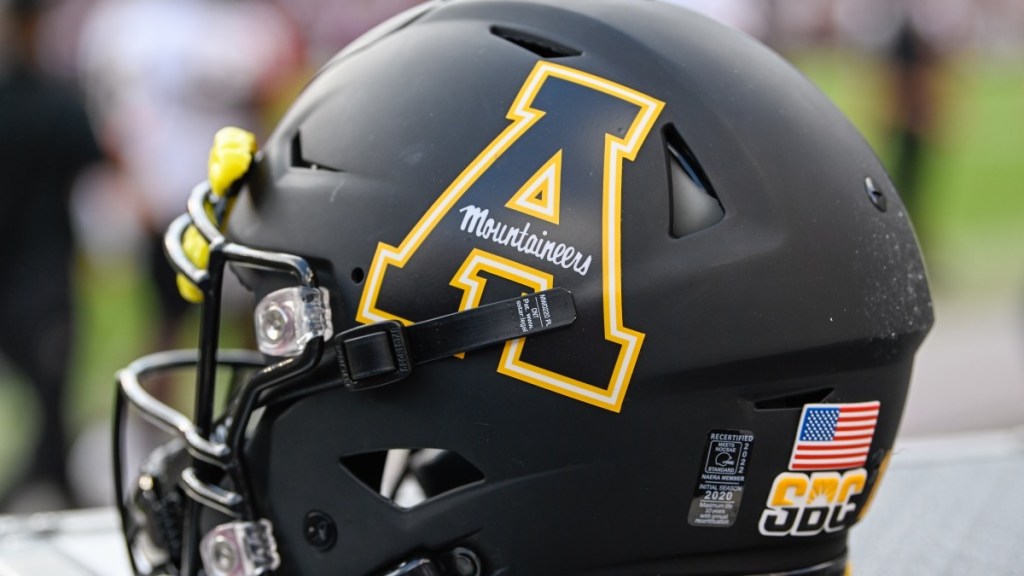 A week after upsetting the then-ranked #6 Texas A&M Aggies in College Station, the App State Mountaineers beat the Troy Trojans in the most electrifying way possible. With ESPN’s College GameDay on campus in Boone, North Carolina, the Appalachian State Mountaineers needed to achieve the impossible on the final play of the game in order to win: a Hail Mary.

As time expired, Mountaineers quarterback Chase Brice scrambled and bought himself enough time to throw it all the way down the field and up into the air to give his wide receivers a chance to score. Against all odds, Christian Horn hauled in the Hail Mary for a 53-yard touchdown as fans stormed the field and pandemonium broke loose.

While App State fans were storming the field and covering bars in beer (video below), Troy University students and fans were dying inside watching it all unfold. A Hail Mary pass rarely works but that doesn’t make it any less stressful when watching as a fan.

If you look closely, you can actually see a part of these Troy State sorority die inside when App State converts the Hail Mary:

Grayson Weir notes ‘the girl in the pink is the highlight’ of that video but I think this video’s best if you watch it several times and each time focus on a different person. The tragedy that befalls each Troy fan is so palpable for any diehard sports fans out there who have felt the sting of a last-second loss before.

Mountainers fans watching at a bar lost their dang minds!

This video of App State fans watching the Hail Mary convert from the comfort of their local watering hole is perfect. It’s reminiscent of those videos we see from England during the World Cup and Euros when there isn’t a dry person in the house after Harry Kane converts a late game winner:

And here are the fans pouring out onto the field by the thousands:

After the Hail Mary, ESPN broadcast shows what looks to be a Troy offensive lineman punching an App State fan in the back of the head as they rush the field, sending them to the turf.

You can see a couple other fans yell back at him. @WRAL pic.twitter.com/3nLijTT16Q

“Perfectly balanced, as all things should be…” — Thanos

Taken together, the sheer joy from the App State fans at the bar appears to be absorbing the energy burned by those Troy sorority girls. It’s as if we can see the cosmic transfer of energy happening in real time. Incredible.

If you want to catch up on the full game, here you go:

Things at App State have been getting weird all week… https://t.co/HBqJmwzKIl