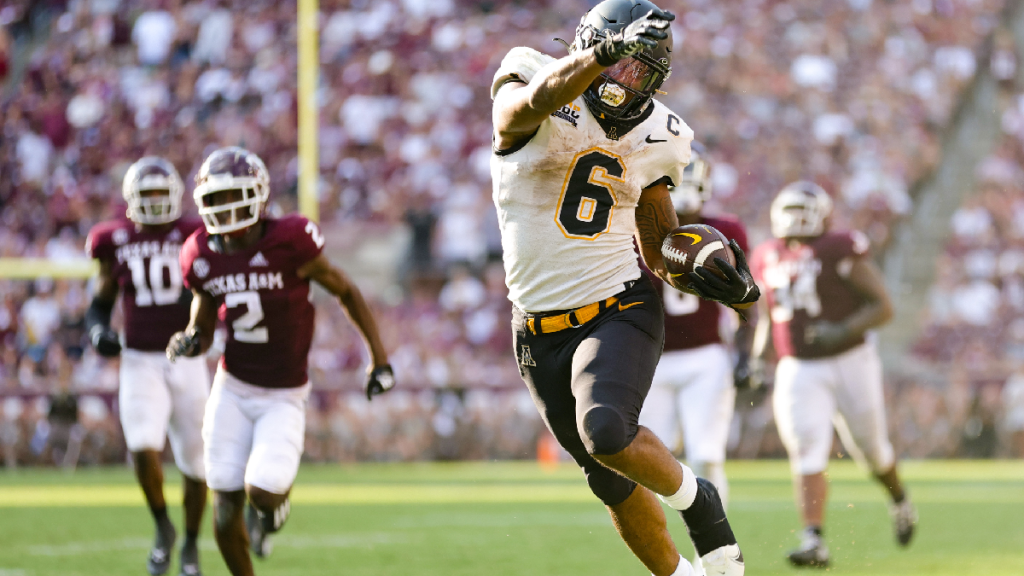 The Appalachian State Mountaineers football team are riding high after a signature win over Jimbo Fisher’s #24 ranked Texas A&M Aggies. Jimbo’s Aggies were the #6 ranked team in the nation when they fell to App State 17-14 at home.

App State’s schedule is pretty easy from here on out, relatively speaking. They won’t face a powerhouse like Texas A&M again this season as they navigate their Sun Belt Conference schedule.

In order to keep the Mountaineers football team hungry in Boone, NC, the App State staff has reportedly rolled out the most try-hard plan in College Football history. It’s like the coaches that make players carry around an egg and prevent it from breaking, or wide receivers who have to keep the ball in their hands at all times. Except this not-so-little App State experiment is apparently on a stadium-wide scale…

This report from @DieselOnRadio, a 93.3 radio host, claims that App State has set up wooden mouse traps everywhere throughout the football building this week. They’ve done this in an effort to keep the players focused with ESPN’s Game Day on campus since Wednesday…

App State football staff have placed small wooden mouse traps all over their football building this week to drive home a point to their players, “don’t take the cheese”. In other words: stay focused and don’t let the attention and the accolades bite you.

App State football staff have placed small wooden mouse traps all over their football building this week to drive home a point to their players, “don’t take the cheese”. In other words: stay focused and don’t let the attention and the accolades bite you.

Just let that sink in for a moment…

Here’s what College Football fans are saying about App State’s wooden mouse trap scheme to ensure they keep that dawg in them… Live look at the locker room:

Charlie Day was built for this:

Side note. I hope they actually put cheese in the traps and created a rat problem because that would actually keep everyone on their toes.

Don’t focus on ESPN invading the campus, focus on the game:

You do know @CollegeGameDay has been on campus since Wednesday, right? That’s the distraction they’re referring to

App State will host Troy on Saturday at 3:30. ESPN’s College Game Day is there. They were supposed to be headed to College Station if Texas A&M won because the Aggies now host the Miami Hurricanes on Saturday night. But App State stole the win from Texas A&M (after an embarrassing pep rally) and then snatched Game Day away as well.

Not only did Appalachian State Univ. upset Texas A&M, who was ranked 6th in the nation, last week, but the win also convinced ESPN to host College GameDay at App State tomorrow, instead of A&M's game tomorrow against Miami, which was the original plan, Rece Davis with ESPN says.