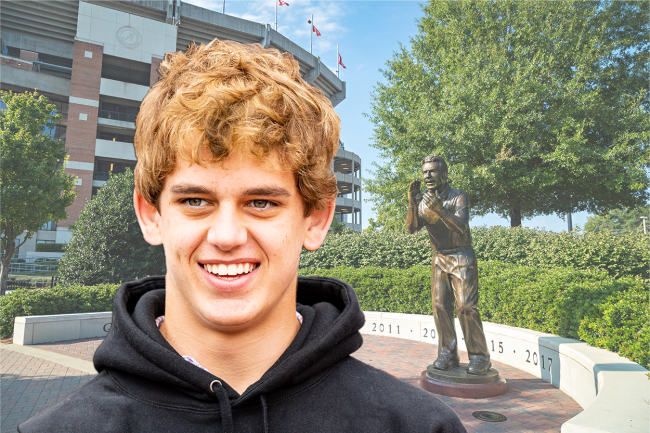 Arch Manning’s recruitment is starting to heat up as spring practice unfolds around the country. The No. 1 prospect in the Class of 2023 has said in the past that he hopes to commit before his senior season, but the timeline is not set in stone and he is going to make the decision that is best for him.

With that being said, Manning has until December 21, 2022 to decide if he wants to be part of the Early Signing Period. He could also choose to wait until February 1, 2023 if he wanted to hold out until National Signing Day.

More than likely, it will be the former. Manning is expected to make a decision as early as this summer and as a late as next fall. But, again, that timeline is flexible and he is not going to rush into anything.

In the meantime, Manning has narrowed down his list of schools and is setting visits for the spring. After taking a return visit to Georgia last weekend, during which Bulldogs fans acted creepily, the 6-foot-4, 215-pound quarterback is headed to Texas this weekend.

After returning from Austin, Manning will turn around to visit his third program in three weekends during the first weekend of April. According to multiple reports, he and his family will make their third trip to Alabama on the weekend of April 1st.

Arch Manning’s visit to Alabama is going to be crucial for the Crimson Tide.

Nick Saban and his staff have Manning atop their recruiting board — just like every other team in the country. However, with a legitimate shot to land the grandson of the first family football, they are willing to wait.

According to a recent report, the Crimson Tide is not going to accept a commitment from any other quarterback in the Class of 2023 until Manning makes his decision. That means that if another four-star signal-caller wants to commit to Alabama tomorrow, the team will politely hold off on accepting his commitment.

They want Manning until they can’t get Manning anymore.

The Crimson Tide are waiting on Arch Manning before they take a commitment from any quarterback in the 2023 class. https://t.co/NsYknVrX4E

Once Manning returns from the Yellowhammer State, things are still up in the air. He would like to visit Ole Miss for spring practice, is likely going to drive up the road to LSU, and has shown interest in taking a trip to Florida. None of those visits have been scheduled.