Archie Bradley Once Pitched A Full Inning Immediately After Pooping Himself 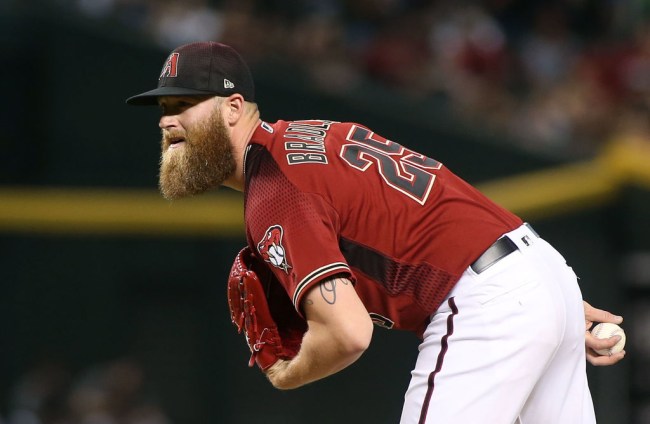 Most kids start to learn about sports from a young age, where they’re gradually introduced to the various rules and intricacies of the athletic world until they learn you can’t sprint down the court holding a basketball like a running back and that eating the grass in the outfield is highly discouraged. However, there’s one vital aspect concerning every single sport that often goes sorely overlooked: What are you supposed to do if you have to poop during a game?

It’s a question that plagued me over the course of my career playing a variety of sports— especially because the person who built my Little League complex decided it would be a good idea if the only bathroom stall on the grounds shouldn’t have a door. Thankfully, I somehow avoided to make it through my playing days without having to face my fears, but that wasn’t the case for Arizona Diamondbacks pitcher Archie Bradley.

Compared to every other sport, baseball players have ample opportunity to take a bathroom break during a game. However, Bradley revealed he picked the worst possible time while chatting with Yahoo Sports, where he recounted a game earlier this year where the pitcher’s mound was more soiled than usual:

“So it’s a 2-2 count, and I’m like, ‘Man, I have to pee. I have to go pee.’ So I run in our bathroom real quick, I’m ready to go. I’m trying to pee and I actually shit my pants. Like right before I’m about to go in the game, I pooped my pants. I’m like ‘Oh my gosh.’ I know I’m a pitch away from going in the game, so I’m scrambling to clean myself up. I get it cleaned up the best I can, button my pants up, and our bullpen coach Mike Fetters says, ‘Hey, you’re in the game.’ So I’m jogging into the game to pitch with poop in my pants essentially.”

I’m not sure why I enjoyed this story as much as I did, but after thinking about it, I was able to pinpoint the specific reason.