An Arizona Cardinals Star Was Reportedly Arrested This Morning 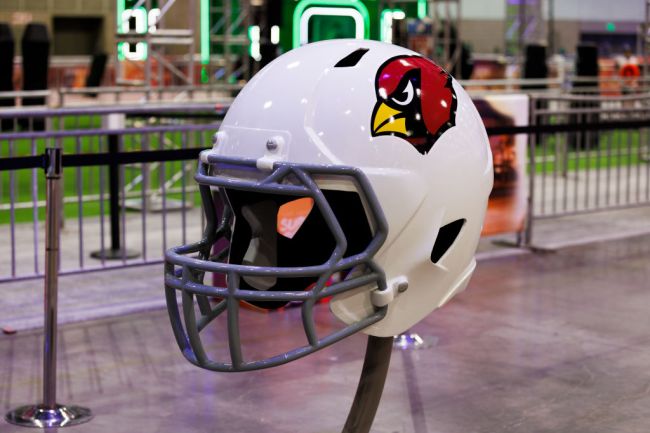 It hasn’t exactly been a banner offseason for the Arizona Cardinals’ wide receivers.

DeAndre Hopkins is already facing a 6-game suspension from the NFL because of a violation of the league’s performance-enhancing drug policy.

Now, they have another star wide receiver who reportedly finds himself in trouble ahead of the 2022 season.

According to 98.7 AZ Sports, Hollywood Brown was arrested this morning for criminal speeding while driving in the high-occupancy vehicle lane on the 101.

The report doesn’t include any details on his speed at the time of the arrest, but according to Arizona law, he’d have had to have been traveling over 85 miles per hour for it to be considered criminal speeding.

The Cardinals have released a statement on the arrest, saying, “We are aware of the situation regarding Hollywood Brown and have reported it to the NFL office as required. We will comment further as appropriate.”

After being traded to the Arizona Cardinals this offseason, Brown’s time with the team hasn’t gotten off to the greatest start.

Brown requested a trade from the Baltimore Ravens in an effort to find a more receiver-friendly offense and the Cardinals represented one of his best opportunities to earn himself a big contract extension before his rookie deal expires.

The Cardinals offense is much more pass-heavy and features Browns’ college quarterback in Kyler Murray.

Unfortunately, Brown found himself on the Non-Football Injury list to start camp because of a hamstring injury, limiting his opportunities to once again develop chemistry with Murray.

Now this arrest has been added on to his issues early on in his Cardinals career.

The Cardinals will be hoping the reports on Brown will quickly become much more positive once his hamstring is healed.