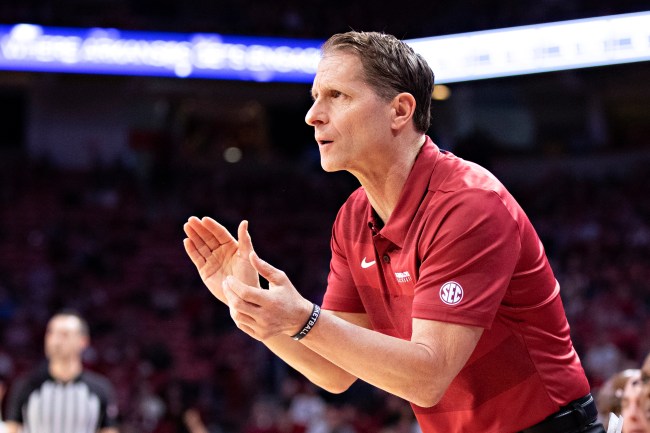 Arkansas men’s basketball coach Eric Musselman was hired to coach the Razorbacks prior to the 2019/20 season after four years at Nevada and led his team to a 20-12 record before COVID-19 brought everything to a halt. Along with a winning record, he has brought nothing but energy to the SEC.

The former Sacramento Kings and Golden State Warriors coach is known to be an electric factory and his players love to play for a guy who gets so fired up. As the 2020 basketball season approaches, Musselman has himself a team that is projected to make the field of 64 come March and is preparing to compete with help from someone close to him. During a press conference on Monday, the 55-year-old mentioned that his mother would be sending over her player grades any minute.

At Arkansas you not only get evaluated by our coaching staff but also by Coach Muss’ mom 🤣 pic.twitter.com/ADD8cePzj7

As it would turn out, Mrs. Musselman watches every one of her son’s games and takes notes on what worked well and what needs improvement. After the Razorbacks’ most recent scrimmage last week, she sent a hand-written note to Fayetteville with her thoughts and didn’t hold back. 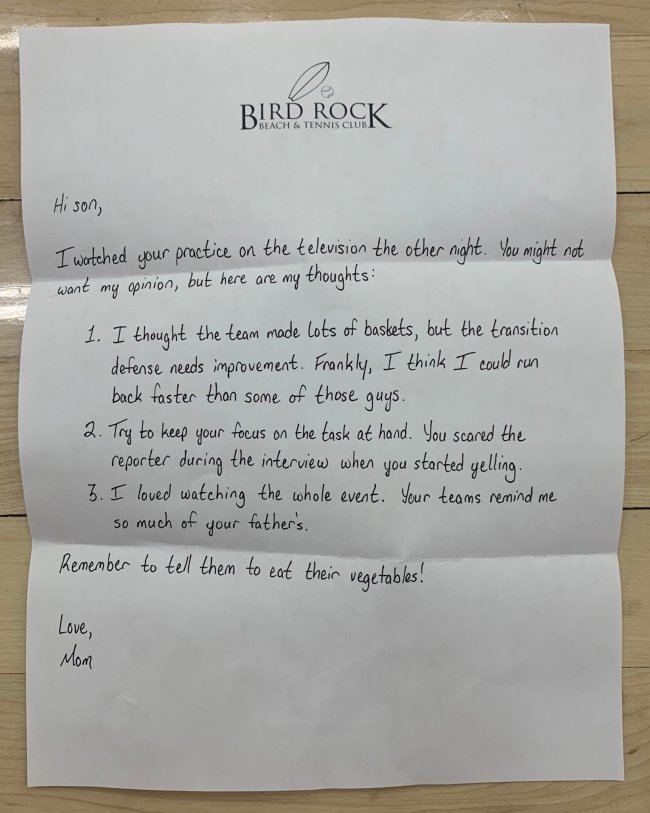 For starters, she has phenomenal handwriting. Perhaps it comes from the era in which she grew up, but I don’t know anyone with penmanship like that these days. Beyond the presentation, she absolutely roasts the players and their inability to get up and down the court and it’s hilarious. No holding back.

To tie the whole thing together, Mrs. Musselman signs off with the most perfect motherly note reminding them to eat their vegetables and signing it with love. It really couldn’t be more wholesome, and it makes me want to watch an Arkansas game with coach’s mother. I can only imagine how funny she must be.