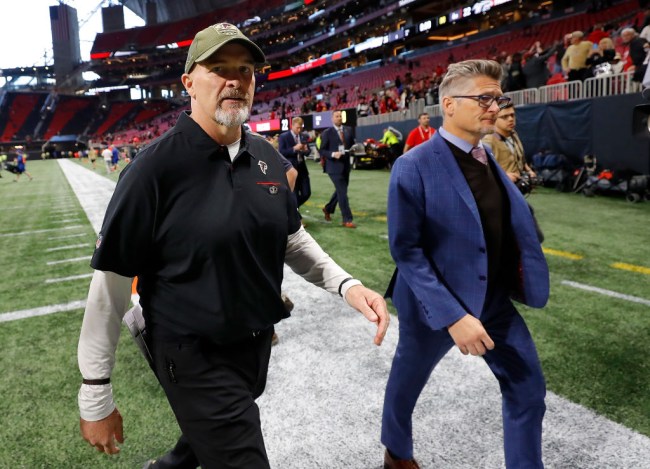 The Atlanta Falcons announced on Friday morning that head coach Dan Quinn and general manager Thomas Dimitroff would be returning to the organization in 2020 which isn’t sitting too well with most Falcons fans.

The Falcons got off to an extremely slow start this season losing seven of their first eight games, which included a six-game losing streak, but have since turned things around down the stretch while currently riding a three-game winning streak. Said winning streak, which has pushed the team to 6-9 on the year, has seemed to have given Quinn and Dimitroff at least one more season in Atlanta.

After going 7-9 a season ago and looking to match that record with a season finale win in Tampa Bay on Sunday, fans aren’t too thrilled with the decision to bring Quinn and Dimitroff back for another year after a mediocre two-year stretch.

The Falcons made the announcement with a video of owner Arthur Blank sitting down and discussing the move while giving a vote of confidence to Quinn and Dimitroff.

You know it’s not necessarily a great thing when the team has to make an announcement about a coach returning with the ‘BREAKING NEWS’ headline. That’s usually reserved for when some sort of change happens, but Atlanta rolled with it after keeping things completely status quo.

As you can probably imagine, Falcons fans replied back to the somewhat slap to the face announcement with a vengeance.

Welcome to Atlanta where mediocrity is the normal and we don’t win shit! pic.twitter.com/xr6Q4GcERa

Quinn led the Falcons to the Super Bowl in 2016, but things have gone downhill since as he’s posted a 23-24 overall record dating back to the 2017 campaign. The 49-year-old is 42-37 overall as the Falcons’ head coach.