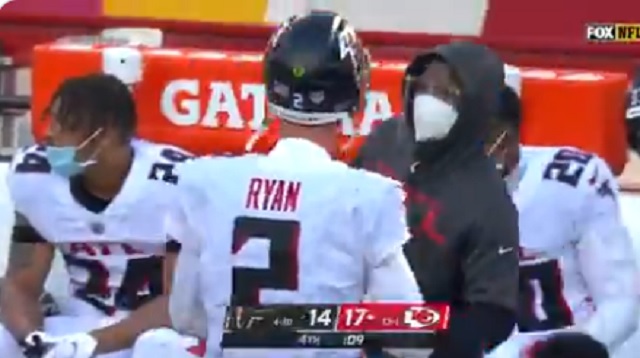 The Atlanta Falcons had plenty of opportunities to beat the Chiefs on Sunday but for whatever reason they couldn’t get things done.

While up four points late in the fourth quarter Falcons defender AJ Terrell dropped a sure interception in the end zone against Patrick Mahomes.

The Chiefs were immediately able to score on the very next play to take the lead after the dropped interception.

DROB FOR THE LEAD!

The Falcons were able to drive down the field to attempt a 39-yard game-tying field goal and of course they missed it.

Of course NFL fans had jokes about the Falcons latest loss.

If football was a 3 quarter game, the Falcons would be the best team in NFL history

The Falcons figuring out a new way to lose each week pic.twitter.com/na3br4W8jU