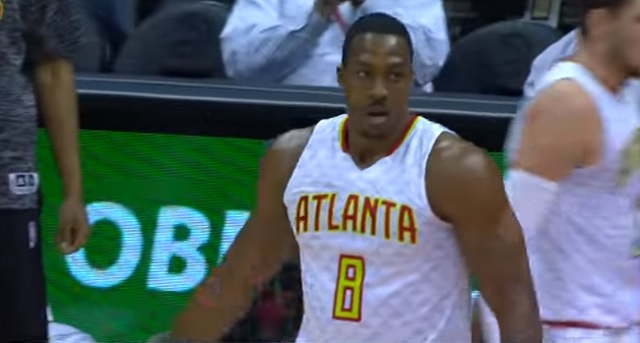 Accrording to ESPN.com’s Zach Lowe, Hawks players openly cheered when they learned Howard was traded to the Hornets during the offseason.

Hawks players learning about the trade and screaming with jubilation into their phones.” Lowe added some Hawks players had grown irritated with Howard:

“You ask why, and one account was that Dwight would give these speeches before the game about how everyone is playing hard, we want unity, we’re going to… and then go out and play like a blah game where he demands post touches and doesn’t rotate as hard as he could. And everyone is like, ‘Why are you speaking in the locker room?’ But that’s all anecdotal. It’s just crazy how these stories come out after every stop in his career.”

Good luck to Dwight’s new Charlotte Hornets teammates who surely going to hate his guts after the next couple of months.