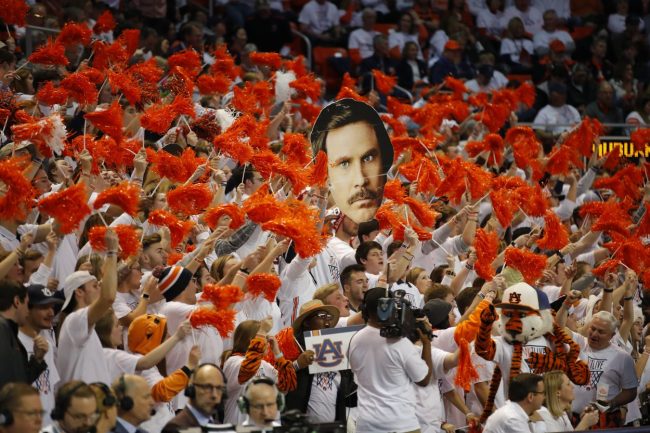 Auburn basketball is set to host Kentucky today, it will be one of the biggest games in program history. The Tigers, ranked second in the nation, will host the 12th-ranked Wildcats and students spent the night outside of the stadium to get into the game.

A small community has formed outside of Auburn Arena. Students are doing homework, on Zoom, crushing Chik Fil A. Somebody is playing Pushin P. 24 hours to tip. 37 degrees outside. pic.twitter.com/fQvV62XK5P

As word began to spread, more and more students made their way down to Auburn Arena to set up their home for the night.

Conditions: 37 degrees, rain expected in the next hour.

And then it started to grow.

Eventually, the tent city received the nickname ‘Pearlville,’ after head basketball coach Bruce Pearl. There are only a few rules.

He went out and thanked his supporters late on Friday night.

Overnight, the crowd only continued to gain momentum.

2 am at #Pearlville. We are T- 10 Hours till tipoff pic.twitter.com/0JHuGzoaK0

Temperatures dipped down close to or below freezing, but the spirits stayed high.

spirits are high in the line to get into the line. 13 hours to Auburn-Kentucky. pic.twitter.com/OxK361ouph

Eventually, the sun came up and things began to thaw just a little bit as the students awoke for Game Day.

They’re awake!!!! Campers at the #Pearlville Resort made it through the night. Couple more hours till the gates open for Auburn-Kentucky. Then maybe they will thaw out by halftime🤣🤣. @WBRCnews.

However, as the excitement of sunrise began to diminish, the students needed something to entertain themselves. In turn, they encouraged one another to climb a light pole in the middle of Pearlville. At first, nobody was successful.

The jungle podcast student correspondent @mattplexico is back. Dawn has broken on Gameday! The line is back to standing up, chick fil a is flying, Roman coliseum like games for dibs in line have broken out in #Pearlville #auburn #wde pic.twitter.com/solh2I5oGR

And then one legend (who doesn’t know how to spell pole vs. poll) emerged.

The crowd only continued to grow.

And as the news crews came by, students were relentless, especially if the person reporting was a Kentucky fan.

Doors for the game open at 10:30am for the 12:00pm tip. Surely, the warmth (and a little boot liquor) will do a great service to the dedicated fans who are about to create one of the most raucous environments that we will see this year.