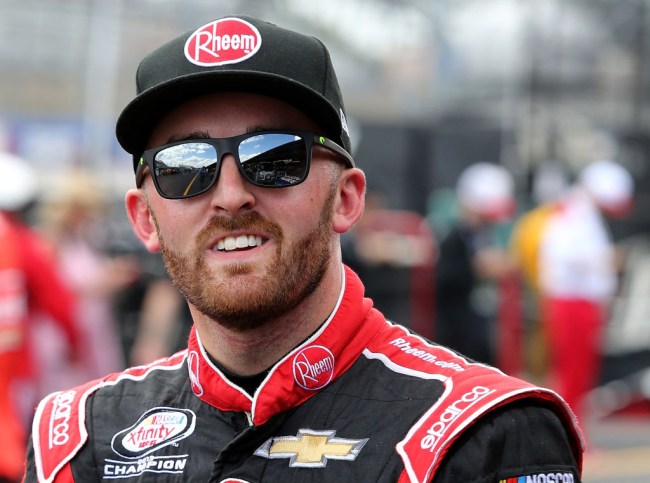 The Ohio State University is the most valuable college football program, valued at $1.5 billion (up 59.6% YOY); according to a study by Ryan Brewer, an associate professor of finance at IU-PUC. Brewer analyzed teams as if they would be sold on the open market, as a professional franchise; using 2016 revenues and expenses, making cash-flow adjustments, risk assessments and growth projections. The Football Bowl Subdivision saw teams increase in value by an average of 26% (YOY), the result of increasing revenues (+19% YOY) and cash flow (+26% YOY). The SEC had 5 of the Top 10 most valuable teams and the highest average team value ($523 million).

Howie Long-Short: T-Boone Pickens has donated (i.e. given away) $500 million to Oklahoma State University. I know Oklahoma State’s program is worth more than $285 million on an open market. In fact, every single program on the list is; and I would think by at least 100%.

Fan Marino: OSU back-up QB Joe Burrow astutely pointed out that his team is worth $1.5 billion, yet he’s not being paid. He fails to mention his scholarship is worth at least $200,000, he’ll graduate with no debt and he’s been given the opportunity to receive an education from a school he may, or many cases may not, be otherwise qualified to attend. He’s welcome to go play professionally (and get paid) in Canada (CFL); but he won’t, because he’s got a better deal at Ohio State.

The San Francisco 49ers have ended a stadium-wide, in-seat, food delivery service that failed to catch on with fans at Levi’s Stadium. While the team has yet to comment on the decision, it does not make sense to continue staffing a service that was failing to gain traction or generate a profit. Fans sitting in premium sections will continue to have access to the service. It is worth noting that VenueNext (platform that powers the service) does not have another client that offers stadium-wide in-seat concession delivery, as Grubhub (GRUB) and competing food delivery companies look to enter the space.

Howie Long-Short: VenueNext, originally formed in 2013 to help the 49ers develop the mobile application for their new stadium, raised a $9 million Series A round in January 2015. Live Nation Entertainment (LYV) and Twitter Ventures (TWTR) participated in the round. The company raised an additional $15 million in October 2016 to expand its offerings beyond sports & entertainment, having since added clientele within the hospitality and healthcare verticals, and into Europe.

Fan Marino: VenueNext isn’t just a platform to support a food delivery service, but a way for teams to enhance the in-stadium fan experience. Fans can find parking help, their way around the building, mobile ticketing, exclusive team content and merchandise within a team’s custom app. Teams will market these apps as a way to enhance the fan experience, but call them for what they are, a way to gather data on attendees so they can turn around and market to them.

The Monster Energy (MNST) NASCAR Cup Series playoffs continued Sunday at New Hampshire Motor Speedway. Kyle Busch won the ISM Connect 300, advancing in to the round of 12 in the process. JWS got the exclusive opportunity to sit down with Austin Dillon, currently sitting in 13th place, to discuss his corporate sponsorship partners, investment portfolio and a decision to sell (an equity) that he regrets. Austin finished 19th in Sunday’s race after being involved in an 8-car wreck.

How does your passion for sports drive the corporate sponsorship partners you have?

Austin Dillon: I’m a huge outdoorsman, so I started out with Bass Pro Shops (CAB). That was an easy tie-in for me with my hunting and fishing background. From a racing standpoint, I used to be with AdvoCare and their Rehydrate product. I enjoyed using the product. We won a championship with them. I’m now with Dow Chemical Company (DWDP) and their scientists and engineers directly make an impact on our car through technological advances.

Do you personally invest in your corporate sponsors?

Austin Dillon: Every sponsor that I have, that is traded (CAB, DWDP, GIS), I have stock in. It works well. You can build together. When you are running well, they are doing well. It’s cool how that works.

You mentioned that you do a little bit of trading for fun.  Can you share a few of your holdings?

Austin Dillon: Caterpillar (CAT), I had them as one of our partners for a while; my Grandpa did well on Caterpillar. Builders First Source (BLDR) has been doing well. Nintendo (NTDOY). I was playing Pokeman like crazy when it came out and was like I should get some stock, they’ve been doing well.

Can you give us one trade you’d like to have back?

Howie Long-Short: Dow Chemical Corporation and DuPont Co., the 2 largest American chemical makers, completed a $130 billion merger in late August. As of September 1st, the company began to trade under the symbol DWDP. DWDP is expected to split into 3 separate companies (agriculture, specialty products and materials).

Fan Marino: Austin Dillon played for the South-East team in the 2002 Little League World Series. South East made the 2017 United States Championships and Austin was given opportunity to give the kids a pep-talk before the game. South-East ended up losing a heartbreaker to South-West, 6-5. Nolan Ryan delivered the South-West team’s pregame speech.