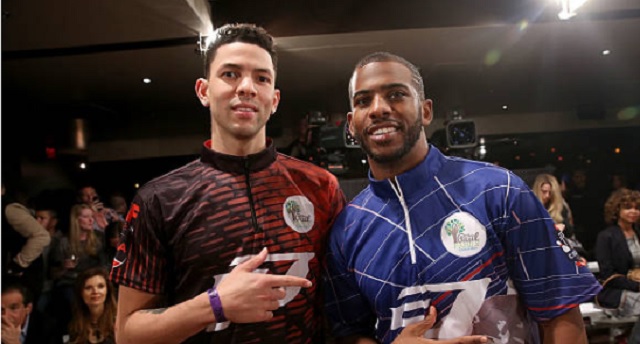 Last month, it was reported that the reason Chris Paul left the LA Clippers was because he couldn’t stand the way how head coach Doc Rivers gave his son Austin preferential treatment.

Paul’s relationship with Doc Rivers started to deteriorate rapidly after the Clippers acquired Austin Rivers. Several members of the team felt Austin acted entitled because his dad was both the coach and the President of Basketball Operations. In the view of the tenured players, Austin Rivers never tried to fit in, and when players tried to address the situation with him, he still did not respond the way the core of the team wanted him to. It led to resentment within the locker room, which often played out during games. One of Paul’s biggest contentions with Doc was that Paul, and other players, felt Doc treated Austin more favorably than other players. He would yell at guys for certain things during games and practices, but not get on Austin in the same manner for similar transgressions.
…
But what really solidified Paul’s dissatisfaction with Doc was a proposed trade involving Carmelo Anthony last season. New York offered Carmelo and Sasha Vujacic to the Clippers in exchange for Jamal Crawford, Paul Pierce and Austin Rivers, a deal to which Rivers ultimately said no. That event led Paul to feel that keeping his son on the roster was more important to Doc than improving the team. So, ultimately, Paul lost both trust and faith in Doc. As one league executive put it, “Chris despises Doc.”

According to the USA Today, Rivers called Paul and confronted him about the rumors but CP3 insists that there are no truth to the reports of him having animosity towards his former teammate.

“I called Chris and was like, ‘Chris, what’s going on?’ Chris is like, ‘This is the biggest bull*** I’ve ever seen in my life.’ Chris was just like, ‘This is a joke.’ So I asked him, I’m like, ‘You don’t need to come out and say nothing publicly, I don’t need you to do that. It’s just going to make it even more, now they’re going to drag it out two more days. I’ll take it. I don’t care. I’ve been dealing with this [dynamic] since I was six [years old]. I really don’t even care.'”

Despite Paul and Rivers trying to squash the rumors, this story will be talked about endlessly when the Clippers face the Rockets next season.