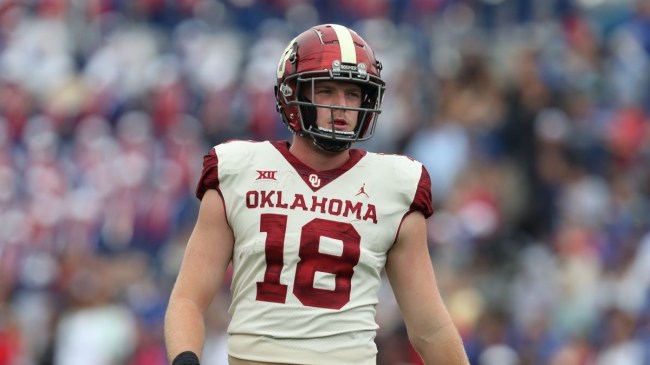 The NCAA Transfer Portal is a strange and magical place where college athletes go to either revitalize their college careers or, in the age of NIL, to find out just how much their worth.

Over 700 Division I football players entered the portal on Monday, which was the first day in the newly created transfer window.

The final numbers on college football players that entered the transfer portal yesterday:

That number included some of the sport’s biggest names, such as Clemson’s D.J. Uiagalelei and Mississippi State running back Dillon Johnson, who trashed Bulldogs’ coach Mike Leach on the way out the door.

But the numbers show that the grass isn’t always greener on the other side. In fact, it’s far from it. In past years, a number of players who have entered their names into the portal have not found a new home.

Additionally, a significant chunk of athletes who decide to transfer will then transfer for a second time. And then there’s the unique case of tight end Austin Stogner.

Stogner was a four-star recruit who committed to Lincoln Riley and the Oklahoma Sooners out of high school in 2019. He caught 47 balls for 654 yards and eight touchdowns in three seasons with the Sooners.

But when Riley and QB Caleb Williams left Oklahoma for USC, Stogner decided he’d follow them out the door. Rather than go to Southern Cal, Stogner went to a different USC, South Carolina, to team with another former Sooners QB, Spencer Rattler.

Stogner’s production was solid, if unspectacular, for the Gamecocks. He caught 20 passes for 210 yards and one touchdown. But with South Carolina offensive coordinator Marcus Satterfield leaving for Nebraska and Rattler potentially headed to the NFL, Stogner felt it was time again to asses his options.

He yet again entered the transfer portal on Monday. And it didn’t take long for him to find a home. A familiar one, at that.

Less than a year after leaving, Stogner is returning to Norman, Oklahoma to finish his college career with the Sooners. The news seemed to please Oklahoma fans.

Glad to have you back Stog! https://t.co/FLGZWWP129

Though others found the move a bit more comical.

When it turns out the transfer portal is just one big loop https://t.co/4lYDxiWZFt pic.twitter.com/s6tOauHNtJ