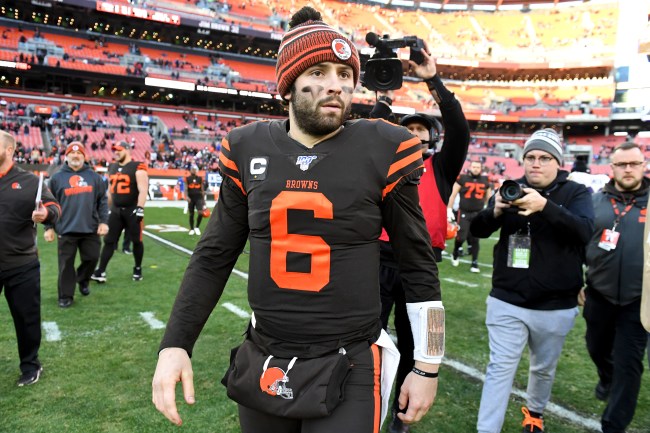 Baker Mayfield may have a bit of an offseason distraction on his hands.

Over the weekend, a woman by the name of Kacie Dingess was angry Mayfield blocked her on Twitter and went on to claim that the she hooked up with the Browns QB.

Not only did Kacie post several pics posing with Mayfield to prove her story but she’s now doing radio interviews in Cleveland.

On Tuesday morning Kacie went on Cleveland’s Rover Radio show and claimed that she once met Mayfield behind a Cheesecake factory where she gave him oral sex in his car.

I drove all the way to Westlake, it was like behind Cheesecake factory at some development parking lot…I got in the front and he said are we going to do this or not?.. After I left he texted me you’re actually a really cool person but you can’t say anything, like it’ll ruin my career

Apparently the alleged hookup went down a month after Baker got married.

It’s safe to say that Baker is having a pretty rough year.

You can watch Kacie’s radio interview below.