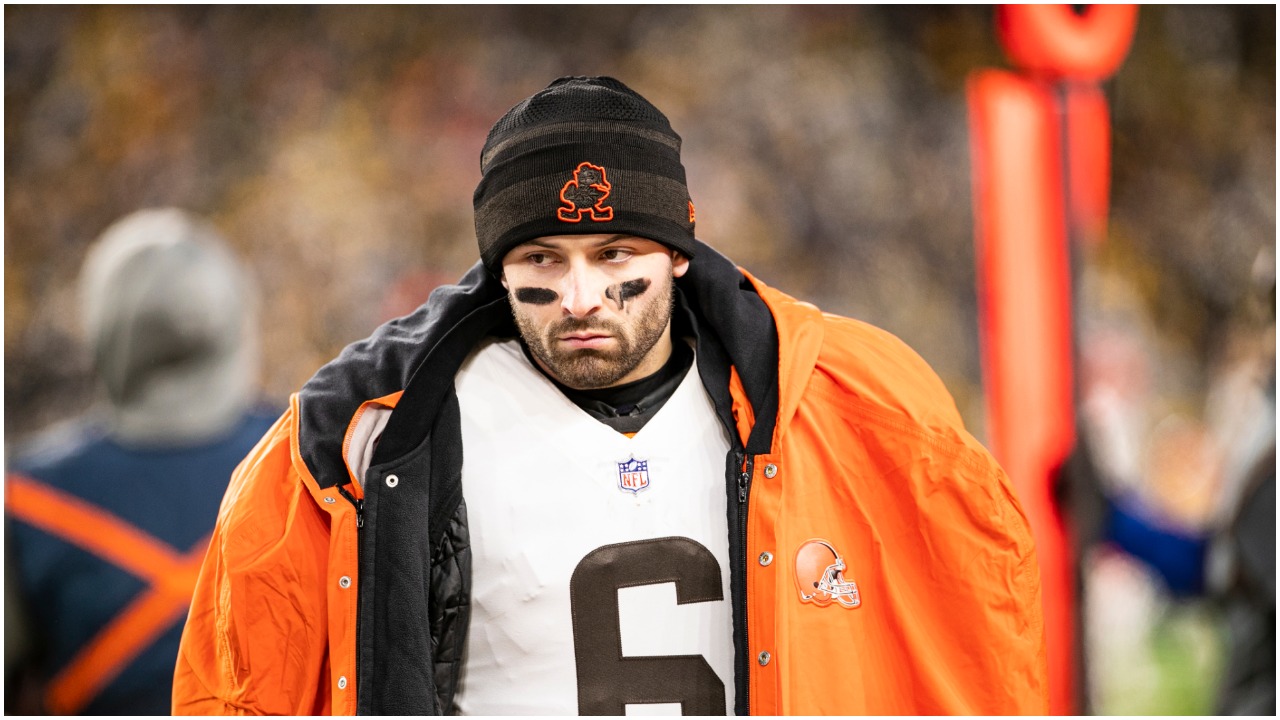 On Wednesday morning, Mayfield, who is currently seeking a trade out of Cleveland, appeared on the Ya Never Know podcast to talk about how he felt disrespected by the franchise after they pursued Watson this offseason.

During the interview, Mayfield went on to take a shot at fans by saying that he wished he could go into their cubicles and boo them just to watch them crumble.

“I would love to show up to somebody’s cubicle and just boo the shit out of them and watch them crumble.”

"I would love to show up to somebody's cubicle and just boo the shit out of them and watch them crumble."

Baker Mayfield on the @ynk_podcastpic.twitter.com/r0gQyx4MbT

Baker’s comments didn’t sit well with fans who fired back at him on social media.

This has always been one of the dumbest takes from pro athletes. Your job is entertainment. You are showcasing a skill to entertain. That certainly doesn’t warrant hate speech or any form of violence, but shut up with the whining about fans booing. Fans don’t owe you adoration https://t.co/vAzSlgIju0

I’ll tell you what. For 33 million over 4 years he can show up to my job, slap me around, call me whatever he wants, and talk bad about my momma. https://t.co/ckOYisRlQ3

Pay me this amount and you can come to my desk and boo me anytime https://t.co/p6R5L4WAGp pic.twitter.com/MivTDKdxUs

I’ve personally never booed Baker Mayfield, but I will happily invite him or any other NFL player to come boo me at the hospital. Please pay me just 1/10th of your salary. Thanks https://t.co/lgMHAdpFoC

Head coaches and personnel directors are SPRINTING to their GM's office to demand they trade for this guy. https://t.co/qaQo8eJgwr

For $18.8M you can throw rotten fruit at me while I send emails. I do not care. https://t.co/5VyMOMYnXi

Joke's on Baker. People in cubicles already hate themselves. https://t.co/Srcq0jK7Ms