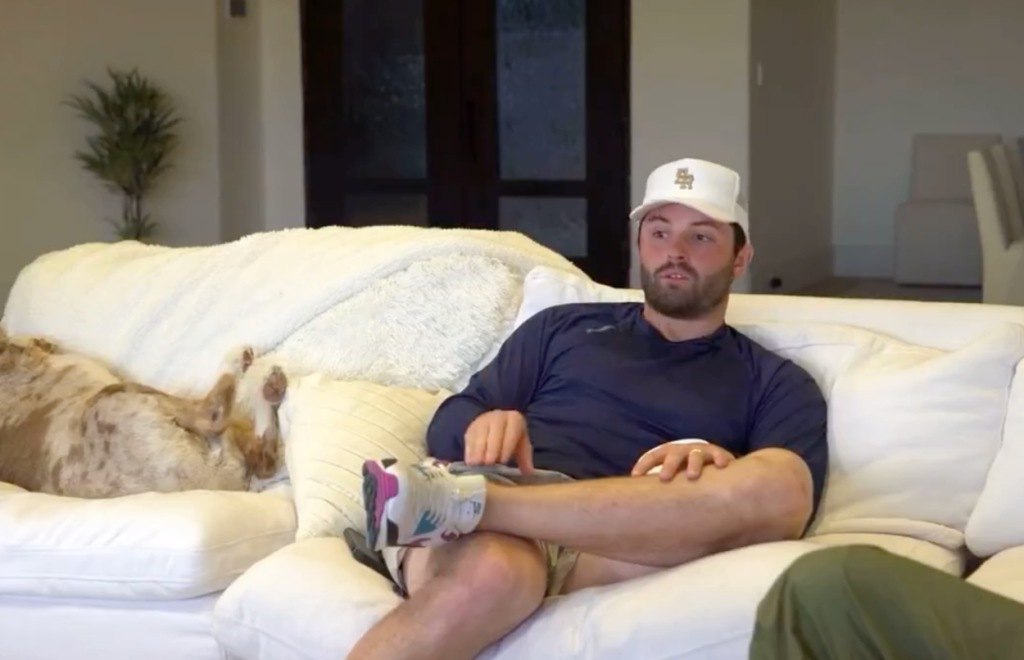 The Baker Mayfield chapter of the Cleveland Browns is over. It’s possible the team can try and drag it out of their new franchise quarterback Deshaun Watson is suspended. The team might attempt to try and force Baker to step in during that suspension (he won’t) but Watson is the new guy and Baker is moving on.

As a guest on the YNK: you know what I mean?, Baker Mayfield spoke candidly about how he “100%” feels disrespected by the Cleveland Browns. He’s careful to mention that feeling disrespect is a personal thing but he “100%” feels it with how the team handled his situation.

Baker Mayfield also discussed how he believes he can proudly move on from his chapter with the Cleveland Browns. In Baker’s mind, he believes true/real Browns fans know he gave his all and they’ll always thank and respect him for his contributions. I can’t speak for every Browns fan but the ones I know 100% feel this way about Baker and they’re not looking forward to the Deshaun Watson era.

Baker Mayfield on the @ynk_podcast: “I feel disrespected — 100%. Because I was told one thing and they completely did another. That’s what I’m in the middle of right now. I've had 4 different head coaches in four years. A bunch of different coordinators." pic.twitter.com/Eok9peq7Vc

Appearing on the Ya Never Know podcast, Baker Mayfield is asked by Mike if he feels disrespected by how the organization handled his situation. He says he does feel disrespected and has no idea where he’ll play next. Full answer below:

What does the reaction from Browns fans look like?

This episode of the YNK: you know what I mean? podcast was just published. There hasn’t been much time for it to take off yet. But within minutes Baker’s name was trending on Twitter.

Baker was battling injuries too. DeShaun is an upgrade, but the franchise did publically commit to Baker and then traded for Watson the next day. Understand his frustration and am rooting for him

Baker deserves a chance. Will be a great QB3 on my Steelers

It remains to be seen where Baker Mayfield will land next in the NFL. The Browns are in a position of trying to extract value from him in a trade with every other NFL team knowing the Browns don’t value him as a starter. So it seems unlikely they’ll get much in return.