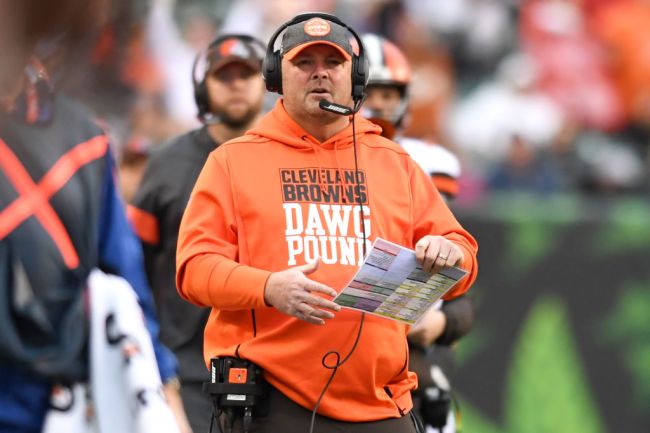 Throughout this offseason, there have been numerous reports about how Baker Mayfield was viewed in the Cleveland Browns locker room. Some of his former teammates have voiced support for him. Some reports have painted him as “childish”. The range of descriptions have made it difficult to pin down exactly how Baker actually fit in the Browns locker.

However, we now know how one of his former head coaches feels about him. Former Browns head coach Freddie Kitchens appeared on Sirius XM NFL Radio yesterday and gave his thoughts on what to expect from Baker after this trade.

Former HC Freddie Kitchens discussed Baker Mayfield's career, his shoulder injury last year, as well as the passion he plays the game with…

"I would say that [his passion is] an attribute that he has. It's not necessarily a detriment."

“I am excited for him to get to Carolina and see what he can do. I think things are looking up for Baker.”

Kitchens also talked about how Baker’s passion for football would lead him to success with the Panthers.

I think you are going to be one of five things in the world. You are going to be bad, or average. I don’t think anyone in the National Football League is bad. You can be good or great, and that’s what God gave you. You want to be elite and the difference between good, great and elite is the passion you bring to the game. So in saying that, I would say that’s an attribute he has, it’s not necessarily a detriment.

A love of the game is going to be a pretty important factor in Baker’s ability to bounce back from a tumultuous year that saw him try to play through injury only to struggle and then be rewarded for his efforts with a trade to the Panthers.

Baker is likely more motivated than ever with the Browns on his schedule for Week 1.