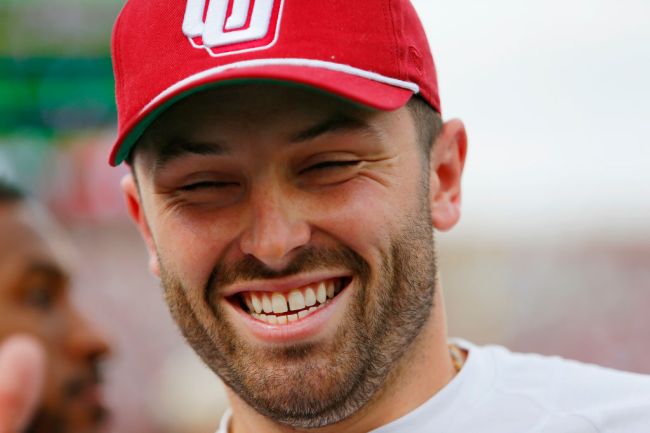 It finally happened. After months of specualation and conflicting reports, the Cleveland Browns have finally traded Baker Mayfield.

According to NFL insider Ian Rapoport, the Browns are trading Baker to the Carolina Panthers for a conditional 2024 5th round pick.

To help this deal along, Baker actually took a pay cut of approximately $3.5 million dollars so that both teams would end up paying amounts they were comfortable with. The Browns will play $10.5 million of his salary next season, while the Panthers finally get him for the $5 million they had been looking to pay him.

More: The #Browns will pay Baker Mayfield $10.5 million this season, which means they trimmed over $8 million in cash and salary-cap space. The #Panthers will pay Mayfield ~$5 million. Mayfield agreed to trim ~$3.5 million off his base salary.

The Cleveland Browns will now head into the 2022 season with Jacoby Brissett as their starting quarterback as they wait to find out how long they’ll be without Deshaun Watson.

The Panthers head into the 2022 season with restored hope of competing in the NFC South as Baker fixes the team’s biggest issue. Poor quarterback play had held back a team with plenty of weapons on offense and a solid defense. Now they may actually have a shot at the playoffs and could potentially save head coach Matt Rhule’s job.

Most importantly, now football fans will be treated to a Baker Mayfield revenge game in week one of the NFL season. The Panthers will host the Browns in Week 1 in what may have just become one of the season’s most anticipated matchups.