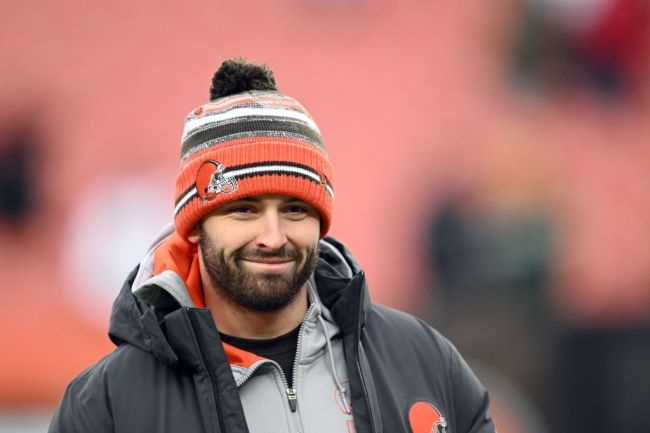 The NFL is set to finally release its full schedule later today. That means that throughout the day today, fans are going to enjoy a steady trickle of schedule leaks leading up to the official reveal.

As the leaks have rolled in, fans have already been treated to one interesting tidbit about this year’s NFL schedule. They can officially hope for a week 1 Baker Mayfield revenge game.

According to The Athletic’s Joe Person, the Cleveland Browns will be opening their schedule at the Carolina Panthers.

Panthers’ schedule nuggets of note, per sources:
-Week 1 at home vs Cleveland
-Week 10 at home vs ATL on TNF

Sounds like the Falcons’ game is the Panthers’ only primetime date.

Baker Mayfield is obviously still with the Cleveland Browns for the moment, but the Carolina Panthers are currently the only team still being linked with even the possibility of making a move for him. If they actually did, it would be an incredible storyline to watch heading into week 1.

Just picture it. The Browns either cut Baker or trade him to the Panthers for very little. They head into Carolina in week 1 with either a rusty Deshaun Watson playing his first game in a new offense or with Jacoby Brissett in the case of a Watson suspension.

Baker narrowly edges out the Browns to win his first game since the team tossed him aside and gets to sit back and watch as the Browns are mocked for losing to him. It would be incredible to watch play out.

Baker starting for the Browns in week 1 against a Panthers team that wouldn’t trade for him could be fun too, but just wouldn’t be as entertaining as watching him quickly get revenge on the Browns.

With plenty of time before the start of the NFL season, football fans can only hope that we’ll get to see Baker Mayfield in a Panthers jersey in week 1.