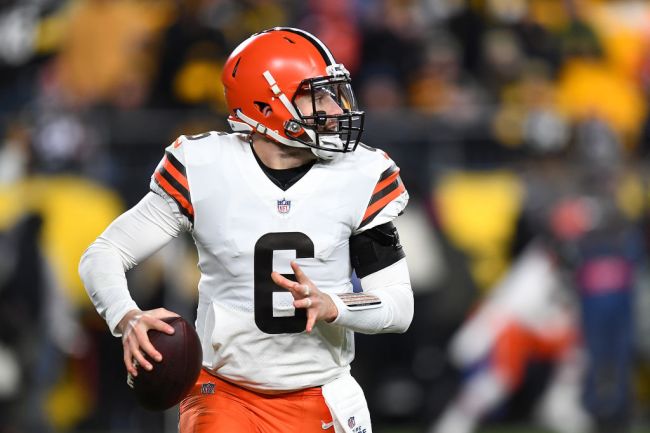 The saga of Baker Mayfield and the Cleveland Browns has continued to drag on past its expected end during the NFL Draft. There has reportedly been little interest in Baker and the Browns haven’t been willing to budge on how much of his contract they’ll pay to facilitate a deal.

Unfortunately, it seems it may be too late to change their minds on that even if they became desperate to get a deal done. Diana Russini appeared today on The Ryen Russillo Podcast and said the Seattle Seahawks aren’t interested in a move for Baker Mayfield.

The Seahawks were believed to be last hope for Baker to find a team to start for next season.

It obviously didn’t look good for Baker after the Browns failed to find him a new team during the NFL Draft, but this is just getting brutal. Baker Mayfield should be an NFL starter right now. When Baker Mayfield joined the Browns, the team hadn’t won a playoff game since before he was born and had won one 1 game in the previous 2 seasons.

By his third year in the league, the Browns had finally won a playoff game. That has to at least get teams interested in trading for you when their alternatives are Drew Lock or Sam Darnold. We keep hearing about his contract being an issue, but what else exactly are the Panthers or Seahawks using that cap space for?

It feels like the Seahawks are really passing up an opportunity here. It can’t take much to trade for Baker Mayfield. They have available cap space. They don’t have a real option to start at quarterback for this season and didn’t draft one for the future. Baker Mayfield is as good as it’s going to get this year unless their goal is pick 1 in the 2023 NFL Draft.

Unfortunately, the Cleveland Browns went and created an awful situation for themselves and it looks like Baker will be the one who suffers because of it.