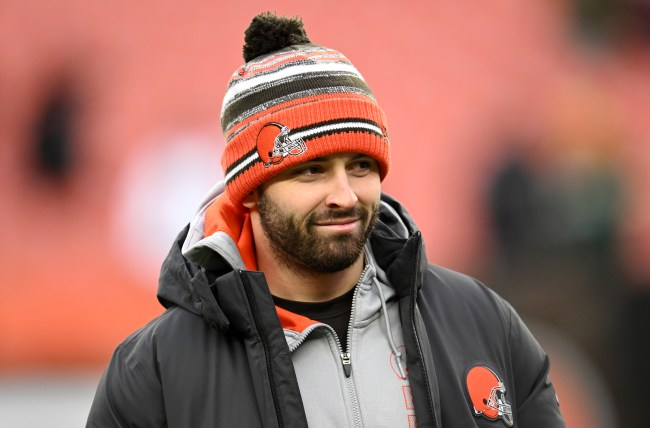 This year has been rough for Baker Mayfield. He took an absolute beating behind a shaky offensive line. His best receiver demanded a trade away from the team. His next best receiver publicly complained about his lack of targets. Reports swirled for much of the year about issues between Baker and his head coach.

He even received death threats near the end of the season. Tack on an injured shoulder and there was just very little that went right for Baker Mayfield this season.

Yesterday, he took some time to reflect on the difficult season after having successful surgery on his non-throwing shoulder.

“This past year hasn’t been very easy, lot of stuff has gone down and it wasn’t easy on me or my family. I appreciate everyone that’s reached out, wished me well and good luck on the surgery, all the prayers and everything, it definitely did not go unnoticed.”

This short video is the first time we’ve really heard Mayfield reflect on the season since it came to an end after week 17.

Baker Mayfield also made sure to let fans know that he’ll be back and ready to go next season, calling it just a challenge that will make him a better person.

The idea that Baker would be back with the Browns next season wasn’t one that was necessarily set in stone as recently as a couple of weeks ago. There were plenty of trade rumors and enough belief that Baker and Kevin Stefanski couldn’t coexist to make it seems like a possibility that he would be on the move this offseason.

If Baker can bounce back to the form that got the Browns their first playoff win in over 2 decades, this season could really just be a bump in the road.