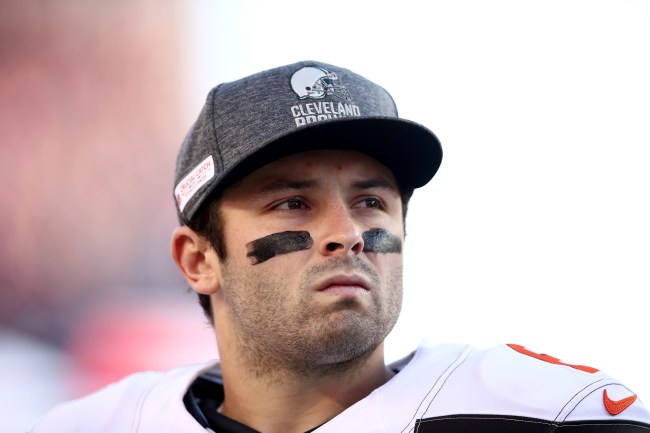 Baker Mayfield had a rough week.

On Monday night, he had an absolutely abysmal game against the 49ers and got mocked by Nick Bosa, who recreated Mayfield’s plant-flagging celebration from two years ago after a sack.

Mayfield would later get accused by Richard Sherman of not shaking hands before the game but was later vindicated by video evidence.

Sherman would later apologize to Mayfield for stirring up controversy for no reason.

“It’s definitely my bad,” “I never want anybody to deal with some shit that they didn’t do. And so, you know, the questions that he’s gonna get and the annoying, nonsense questions about some stuff that happened in a game that’s already been done, you know, sure he’ll get an apology for that. I’ll probably reach out to him via text or social media to actually get ahold of him and talk to him in person, I mean on the phone. But, yeah, because that sucks. But yeah, yeah. He definitely deserves an apology, and my bad on that

Mayfield spoke to the media today and had a pretty fun response to the whole Richard Sherman “Handshake gate” by referencing that time he was infamously recorded trying to run away from police.

Baker Mayfield on the Richard Sherman handshake situation: “I know what I did. But that’s the one time the camera recording me has gone in my favor.”

#Browns Baker Mayfield says this is one time the cameras worked in his favor, with the Richard Sherman handshake flap pic.twitter.com/bmF6YDUOuG

Baker also had a sick burn for Nick Bosa.

#Browns QB Baker Mayfield on Nick Bosa flag plant celebration: "Good for him. He had it premeditated. He's been thinking about that, obviously, for two years now. That's a long time to think about that loss."