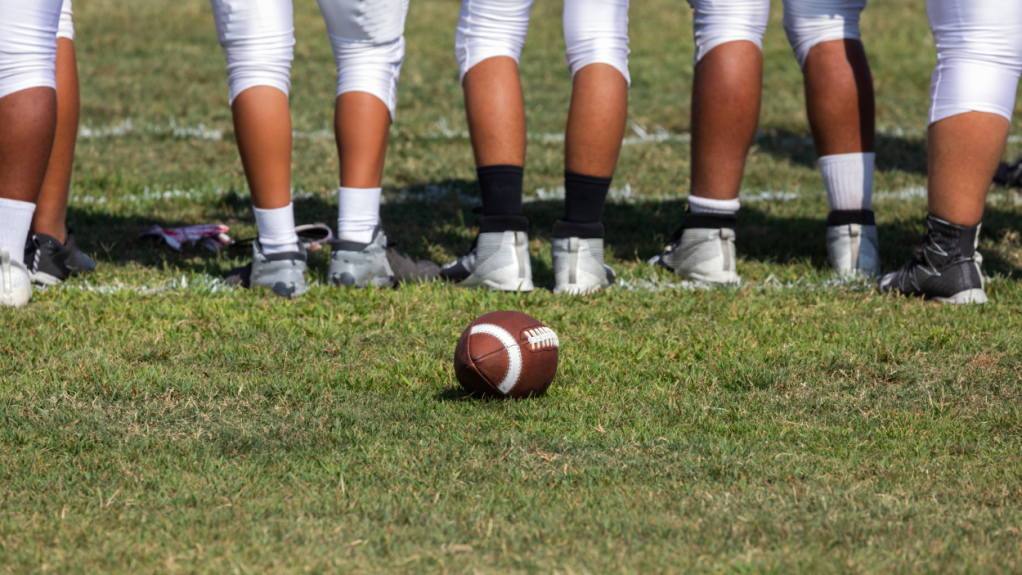 Two Maryland high school football rivals, Baltimore Polytechnic Institute and Baltimore City College, have been disqualified from the playoffs. This came after a massive brawl broke out after the rivalry game on Friday evening when the coaches started throwing punches and violence erupted on the field.

Sonja Santelises is the CEO of Baltimore City Schools and vowed to launch an investigation into the HS football brawl. And Baltimore mayor Brandon Scott affirmed the decision to disqualify both teams from the playoffs ‘was the right call’.

Footage from the Friday night incident was shared by local news. The HS football brawl broke out at Homewood Field at Johns Hopkins University where the rivalry game was being held:

Here’s a shorter version of that HS football brawl video which has been shared widely on Twitter:

City college & Poly eliminated from the state playoffs because of this pic.twitter.com/PKCuEnyNA0

Tiffany Byrd is Supervisor of Athletics for City Schools in Baltimore. She is the one who informed both schools they were disqualified for the state playoffs. This is because, according to her letter, “when a team engages in a fight, they are automatically suspended for the next game. For both of our teams, this means that they will not participate in the state playoffs.”

It is worth noting that the adults on the field were the ones who appear to have started the brawl. And it is now the players on both teams who are being punished for the actions of the adults who were supposed to be setting a good example.

Baltimore City College’s football team was 6-3 on the season and 4-2 in their division according to MaxPreps. City College actually won the game against Baltimore Polytechnic Institute 24-16.

Baltimore Polytech has a rich history of sports and producing professional athletes. Chicago Bulls forward Justin Lewis is an alumni of the school, as are many former NFL players.

City College is actually the third oldest active public school in the country. So their list of notable alumni is too long to even dive into. City had won the last 10 games against Polytech and the two rivals have faced each other 133 times throughout their history!

What is it about football that leads to incidents like this?

I was reminded of this incident from last Summer. At an indoor football game in Texas, a fan attacked a player with a chair:

SHOCKING: An ugly scene tonight as a brawl broke out between the West Texas Warbirds and the Dallas Prime at the end of their indoor football game.

In this video you can see players going into the stands and fighting with fans.

It is unknown if anyone was injured or arrested. pic.twitter.com/C0VWeWj2rR

You just don’t see incidents like that in other sports. Or maybe they do happen and just don’t receive the same level of exposure. But it’s rare.

And there was this incident last weekend: