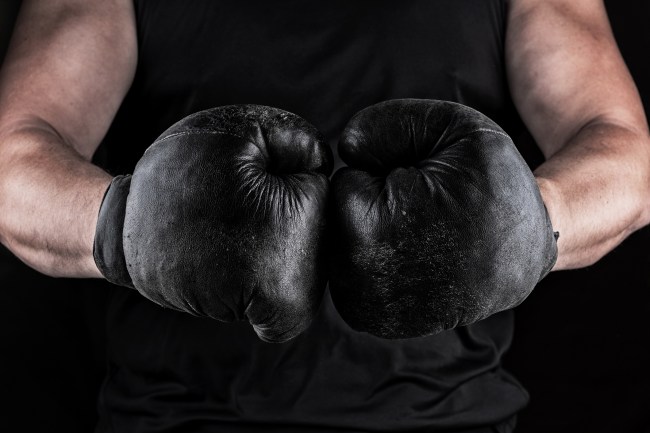 The city of Baltimore has been plagued with crime for pretty much my entire life, at least that’s what the news has always told me. I’ve spent a solid amount of time in Charm City over the years and haven’t ever felt unsafe but I suspect that’s because I never ventured off into the parts of the city where I wasn’t supposed to be.

The Mayor of Baltimore, Jack Young, thinks he has a fix to curb the city’s gun violence problem and it’s an idea that appears to be taken from ancient Roman times when public combat was a regular part of life. His idea is to build a public boxing ring so people can settle street beefs in the ring instead of with guns.

“You know gun violence is something that has been plaguing this city for 10 years,” Young said at a rally against gun violence Sunday, “and you know the murder rate in this city and non-fatal shooting rate in this city has increased. I’m not happy with it and neither should the citizens of Baltimore.”
Young said the city can find other means to settle disputes: “There’s mediation. You know if they really want to settle them, we can have them down at the civic center — put a boxing ring up and let ’em go a box it out.”
“The best man win and the beef should be over,” he added. “Those are some of the things I’ve been thinking about — hoping we can get these people to put these guns down.” (via CBS Local)

People in attendance didn’t think this was all that outlandish of an idea and some see this as a positive idea despite it still being a violent one:

“Anything that can kind of get rid of that aggression people have is really beneficial, granted they’re still putting their hands on each other but it’s a controlled environment they know what’s going on,” Warner said.

I’m naturally pessimistic. I’ll admit that. Looking at this proposal, I could envision it working maybe 5 out of 100 times. The other 95 times there will be lingering anger that bubbles over after the boxing match or there will be violence in the parking lot.

Rarely do you have a situation where it’s one isolated individual angry at another. There are large circles of friends/gangs involved. How do you account for have 200 people in a small area when 25 of them can’t stand another 25 in attendance?

Then you consider how there aren’t just two gangs in Baltimore. There are a metric shit ton of gangs all over the country. If you set up one of these boxing matches and have two groups in attendance then all of the other people out there who want to inflict violence on these individuals know where their rivals are at a given time and they know they’re all together.

It all seems like a perfect storm for more violence even if the mayor's head is in the right place.

For more on this story, you can click here to visit CBS Baltimore.