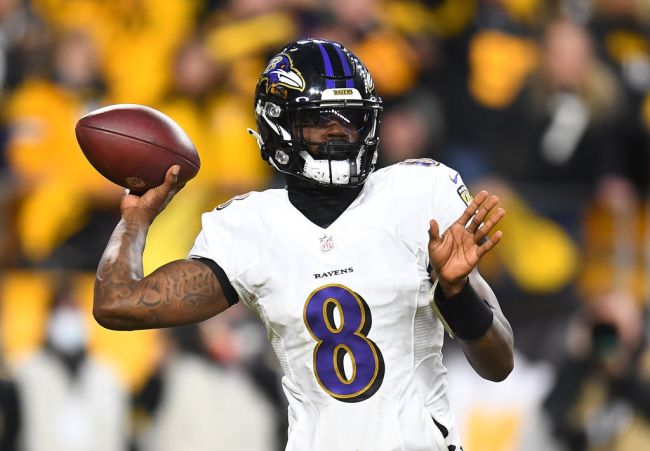 When it comes to Lamar Jackson and the Baltimore Ravens, there has been one thing that football fans have been keeping an eye on. That one thing has been the strange saga of the team trying to work out a contract extension with Jackson as he heads into the last year of his rookie deal.

While those discussions have seemingly gone nowhere, it turns out the team has had some productive conversations with their star quarterback.

Yesterday, Ravens General Manager Eric DeCosta discussed the team’s draft and during his breakdown of their picks, he revealed the one thing Jackson had been asking for this offseason.

"Eric DeCosta said he enjoys playing the game of deception before the draft. He said it makes it more fun, and that he's in a competition with 31 other teams." 😏https://t.co/w0t01SFDxf

“I’ve had conversations with Lamar many times and I’ve said, ‘Lamar, what can we do to help you? What is most important to you?'” DeCosta said. “Honestly, the thing that he always comes back to is the offensive line.”

The Ravens seem to have taken Jackson’s request to heart as they signed Morgan Moses to play right tackle and used the 25th pick in the draft to select Tyler Linderbaum. They should also be getting a healthy Ronnie Stanley back to start the 2022 season after he played only one game last season.

All of these factors should lead to a much improved offensive line for the Ravens. The team will be hoping the line upgrades can keep Jackson healthy after he missed 5 games last season. Maybe this improved line will even convince Jackson to start negotiating a contract extension with the Ravens.