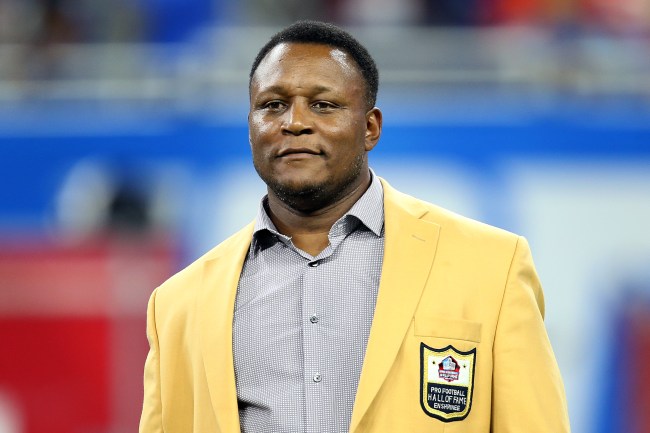 The refs screwed the Detroit Lions tonight and Barry Sanders is not happy.

During tonight’s Monday Night Football game defensive end Trey Flowers was called for two phantom hands to the face penalties that helped the Packers overcome a 13 point deficit in the fourth quarter.

After the game, Flowers spoke to the media and he clearly disagreed with the calls on the field.

“They saw something different than what actually happened and they called what they thought they saw. I was doing it all game. I didn’t know that was a flag to the chest, so I could change it to [another spot on the collar]. They called it again.”

Fans were irate with refs incompetence.

For those of you not familiar with this routine:

That’s it. An endless cycle. This is being a Lions fan.

Even legendary Lions running back Barry Sanders took to Twitter to blast the refs.

I know that no one on the @lions can say it, so I will… that is a terrible missed call, on hands to the face and bad break for our D that is playing so hard. #replayhelpneeded

That is sickening… the @NFL needs to look at a way to prevent that from happening. Two phantom hands to the face calls really hurts us tonight. Yes, we could have scored TDs, but @Lions played too well to have the game end this way. #DETvsGB @espn

It can’t be good when even Barry Sanders is going after the refs.

When one of the classiest guys in NFL history weighs in .. there’s a problem. https://t.co/dEVo1vQUNc

You know officials are screwing things up when Barry Sanders is getting mad about it #Lions #Packers https://t.co/rIu73EGxcJ