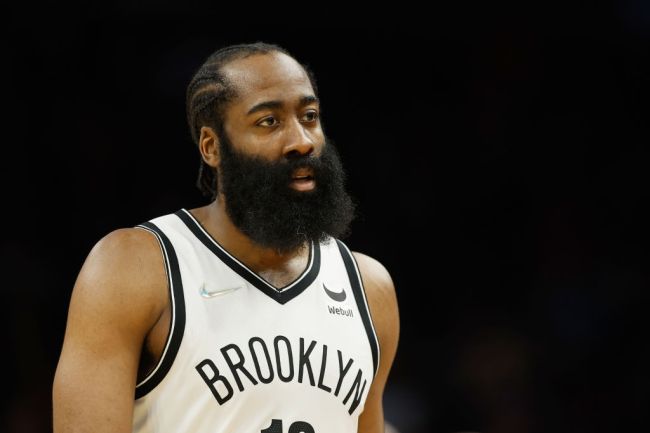 The moment the basketball world had been waiting for has finally arrived. For months, NBA fans had been trying to figure out where the Philadelphia 76ers would be able to ship the disgruntled Ben Simmons. Then reports began to surface that Brooklyn Nets guard, James Harden, wanted to be traded for the 2nd time in 13 months.

It all worked out so perfectly, but there appeared to be roadblocks to a deal actually happening. Today, we found out that the two unhappy stars would be switching places.

The deal is quite a haul for the Brooklyn Nets. Harden is 32 years old, only had a year and a half left on his contract, and was reportedly doing everything in his power to get traded. To land a younger, cheaper All-Star, 2 players who will be useful members of the team, and a pair of draft picks is a steal for the Nets.

The basketball world had a lot to say about Harden and the deal after it was announced.

End of an era pic.twitter.com/ycKf7NbHZe

Fantastic haul for the Nets. Harden for Simmons straight up seemed the most fair deal considering Hardens free agency. 76ers better win it this year or next or else 😬

Nets after the deal pic.twitter.com/SdhuBJlHxI

In the end, Kevin Durant, James Harden and Kyrie Irving played a total of just 16 games together. Crazy.

James Harden after a week of eating Philly cheesesteaks 😋 pic.twitter.com/5xKFsD8wd7

Harden might be the softest player in NBA history 💀