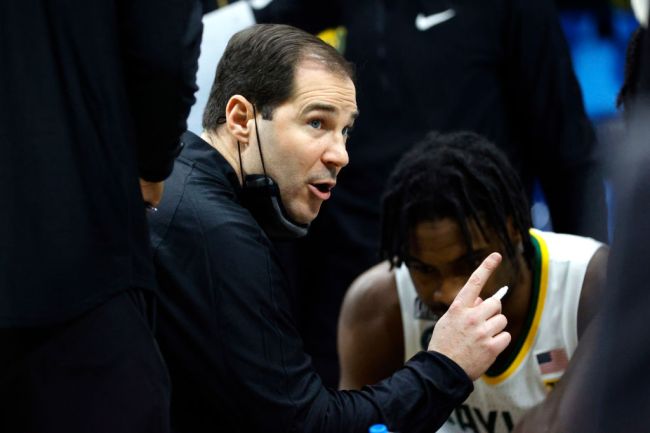 Teague was interviewed by a local TV station, and what he said about the car – more specifically what he thought it could be used for – has made headlines.

“We rustled up this Jeep Wrangler. We lifted it up, wheels and tires. Put a nice little wrap on it so Coach Scott can enjoy it,” Teague said. “He’ll use it to recruit, pull some people out of the hood.”

Not a good look Baylor pic.twitter.com/vcAh0y5X68

Teague knew he messed up and put out a statement admitting exactly that while also offering his apologies. He also stressed that his work team was diverse and that they are undergoing sensitivity and diversity training.

“As the word came out of my mouth, I instantly knew it was the absolute wrong word,” Teague’s statement read. “I know that I disrespected a countless number of people within our amazing Waco community, and beyond. I am deeply disappointed and saddened by my actions and offer each of you my most sincere apologies. I ask for your forgiveness and for the opportunity to seek redemption. It is my mission to right this wrong if at all possible.

As you would expect, Teague’s comments have made the rounds on social media with thousands of people sounding off against Teague and his business.

Baylor released a statement shortly after Teague’s comments letting people know that they would not be accepting the Jeep and that his “remarks do not align with our institutional values or the culture of our athletic programs.”