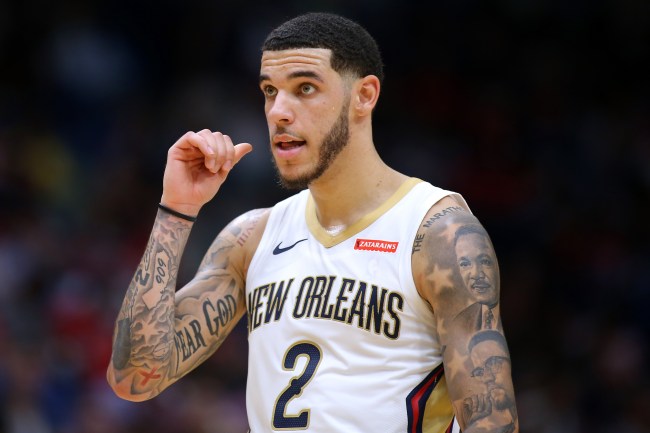 During the summer Lonzo Ball severed ties with longtime family friend and Big Baller Brand co-founder Alan Foster after Lonzo accused him of stealing $1.5 million that went unaccounted for.

Foster has since denied the allegations and has gone on the offensive against the Ball family.

Last month the former BBB co-founder filed a lawsuit against the Ball family where he claims LaVar Ball misappropriated $2.5 million to fund his extravagant lifestyle.

According to new legal documents, obtained by The Blast, Alan Foster is suing Lavar Ball alleging he diverted and spent company money, to fund his own extravagant lifestyle.

According to the documents, Foster says after the companies started to make money, LaVar Ball misappropriated more than $2.5 million in company assets to fund his extravagant lifestyle. He accuses LaVar of spending millions upgrading the $6 million Ball Estate and purchasing $1 million in luxury cars.

Foster has now created a Youtube channnel to expose Lonzo Ball and in his first video he claims Lonzo has a secret ankle injury that needs surgery that he’s hiding from the New Orleans Pelicans.

Lonzo and D-mo called me to setup an appointment with a specialist to take a look at his ankles. I made some phone calls and there’s a specialist I had gotten pretty close with in Ohio while we had Melo out there. We fly Lonzo and D-Mo out there and had an MRI and an X-Ray on Lonzo’s ankle and the MRI showed that he has torn ligaments on his ankle. Nobody knows that he has torn ligaments.

If Lonzo doesn’t get surgery they’re going to have another season with the New Orleans Pelicans and he’s going to get injured again.

Foster goes on to reveal that the Lakers prevented Lonzo from getting surgery before trading him to New Orleans,

The Lakers freaked out that Lonzo was in Ohio about to undergo surgery the next day to fix his ankle. Magic Johnson, Rob Pelinka, and Jeanie Buss they said listen we’re sending the Laker jet to L.A. to come out here to pick you up. bring you back to L.A. Do not get surgery it could violate your contract. He ended up going back to L.A., Lakers decided it’s not in the best interest for you to have surgery right now and look what ended up happening, they traded him to New Orleans

Both the Pelicans and representatives for Lonzo Ball deny the allegations coming from Foster.

We reached out to the Pelicans and a rep told us, “The team strongly debunks this and was very aware of Lonzo’s injury history and status [before we traded for him].”

As for Lonzo, Ball family spokesperson Denise White tells us… “Alan Foster has repeatedly lied, defrauded and stole from the Ball family. Anything he says cannot be trusted.”