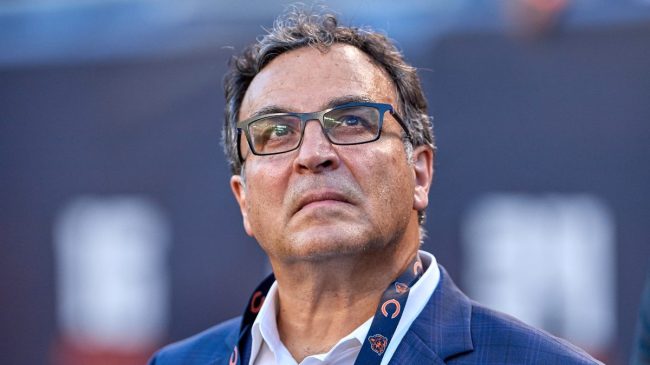 It’s going to be a tough season for the Chicago Bears but the future is bright as long as Justin Fields develops his game. Even so, it sounds like the fanbase is excited about the future for multiple reasons. Especially after the surprising announcement made by the Bears CEO, Ted Phillips, on Friday.

After 40 years with the franchise, the Bears’ President and CEO plans to retire in late February. That means this will be his final season working with Chicago. That means some big change is on the horizon and the lord knows this organization needs it.

After 40 years with the team, Bears President and CEO Ted Phillips plans to retire in late February.

Between Ted Phillips retiring and the constant rumors of the Bears moving to a different location within Chicago, fans have a ton to be excited about.

Of course, the fanbase is ready for a new leader within the front office. Chicago has only made the postseason six times during Phillips’ tenure. So this retirement announcement is largely celebrated amongst Bears fans. This guy is ready to dance on his chair!

I USED TO PRAY FOR TIMES LIKE THIS 😭 pic.twitter.com/ARHJ4pERoR

There are a lot of hilarious “Phillips pack” comments too.

Some Bears fans just want the retirement to happen right now! “Why wait?”

Why wait until then do it today

Sounds like most Bears fans agree with you, Allyson.

We’ll see how this season plays out, but for Bears fans, they’re already feeling like winners with Ted Phillips announcing his eventual retirement.