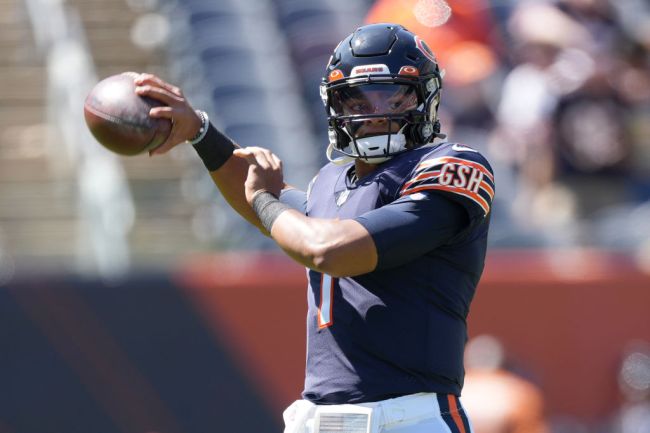 Bears fans already want Justin Fields to be QB1 after his first preseason game of his career.

During the offseason, the Bears signed former Pro Bowl QB Andy Dalton to be the starter before drafting Fields.

On Saturday afternoon Fields made his preseason debut and it was impressive.

In the third quarter of the game, Fields scrambled for his first preseason TD.

Fields went on later to throw a 30-yard TD pass to Jesse James.

The rookie QB finished the game with 142 total passing yards in two quarters of play.

Bears fans immediately called for the team to name Fields the starter over Dalton.

Fields need to be the Week 1 starter. I've seen enough.

JUSTIN FIELDS BETTER BE THE WEEK ONE STARTER

Bears got to go with Justin Fields this season because they haven't had an impactful QB in a long time. Andy Dalton isn't going to take them anywhere. https://t.co/zxMqMtN8lD

So after this game today Justin fields should be the starting QB and not Andy Dalton https://t.co/wPnDUiDkaN