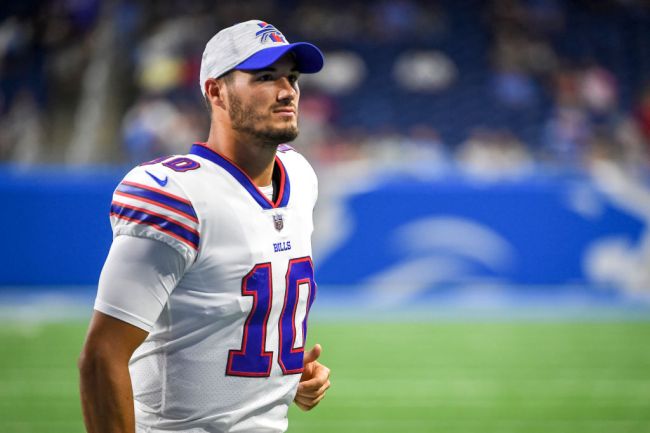 Mitch Trubisky returned to Chicago on Saturday for the first time since leaving the team after a tumultuous 4 years with the Bears and seemed determined to put on a show against his former team.

Trubisky came out of the gate firing and quickly had the Bills up 13 points in the first quarter after leading the team to two touchdowns on their first two drives of the game.

Back in Chicago, @Mtrubisky10 has the @BuffaloBills on the move.

#Bills Mitchell Trubisky with a TD on his return pic.twitter.com/cBUjBKhhih

Mitchell Trubisky led the Bills to 13 points in the first quarter today.

In 50 career starts for the Bears, Trubisky led Chicago to 13 points in the first quarter just twice. pic.twitter.com/6QBDO7zS7w

Bears fans, who have crushed Trubisky for years over his play, were absolutely sick watching their former QB carve up their defense.

Leave it to #Bears HC Matt Nagy to make us wonder if it was his coaching and not Mitch Trubisky's QB abilities.

But just to be clear, I think Justin Fields has an infinitely higher ceiling. But will coaching hold him back?

Getting killed by Trubisky is such a da bear’s thing to happen to us. 😂😂😂

The Bears were kinda foolish to think Andy Dalton was some upgrade over Mitch Trubisky. While drafting Fields was the right move, and he is the future, Trubisky can be a solid #2 for your franchise. And…you did use the #1 overall for him

Everybody who really knows football knows the deal with Trubisky. This isn’t surprising. The lethargic and woeful play of the Bears secondary is what’s bothering me.

Did the Bears make a mistake dropping Mitch Trubisky for Justin Fields?