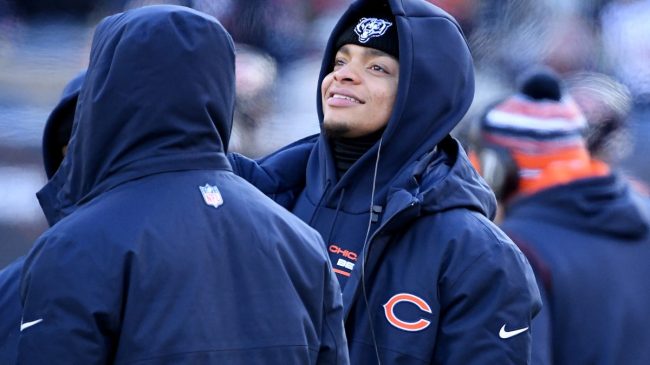 Justin Fields is an athlete!

We know about his abilities to make defenders miss on the football field, using is extreme speed and athleticism to avoid oncoming targets. But did you know he can rake on the baseball diamond, too?

The Bears QB actually played baseball in high school, acting as a middle infielder. Although he didn’t play at the collegiate level, he did draw some interest from Ohio State head coach Greg Beals to star as a two-sport athlete.

Instead, Fields opted to focus solely on football, which has paid off judging by his first-round draft status. Still, it doesn’t look like his baseball skills have left him.

On Thursday, the Bears showed up to Wrigley Field with the Cubs having a night off. A few players on the team took some batting practice, and Fields absolutely stole the show.

Fields took to the plate to see a few pitches at Wrigley. He’s now going viral for what teammate Khalil Herbert caught on camera. Check it out below.

Fields belts a homer to deep left field, sending the moonshot a few rows back. He absolutely crushed it.

I’d be interested to see how he does against live pitching, because he certainly looks like he’s got some pop. That probably won’t happen anytime soon as the QB is gearing up for his second season on the gridiron.