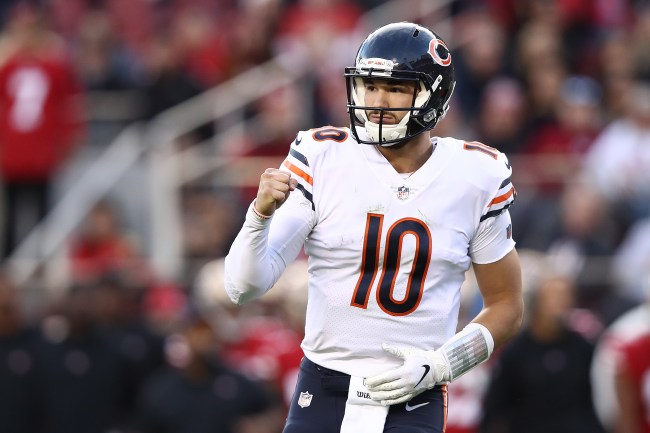 Chicago Bears QB Mitch Trubisky is a new man according to people within the Bears organization.

Over the weekend the team announced Trubisky had won the starting QB job over veteran Nick Foles in training camp.

It’s due to his progression, leadership and overall performance throughout camp. Nick Foles made decision difficult for Matt Nagy, but the team feels strong about its QBs.

Apparently the biggest change Trubisky made this offseason was hit the weight room which has reportedly boosted his confidence according to team GM Ryan Pace.

“The moment he walked in the building, you just felt a different presence and a different mindset, and that carried him throughout camp.” — #Bears GM Ryan Pace on Mitch Trubisky

We’re just a couple of days into these walk-throughs, but when he walked into the building and had a couple of sessions with our strength coaches, already they approached Matt and I just talking about, physically, how good he looks,” Pace said on the podcast. “You can see it, just his build right now, his physique right now, I think our strength coaches were really encouraged … just where he’s at physically. It’s very obvious that he’s been training very hard this summer

While speaking to the media Trubisky admits that he regained his confidence this offseason.

“I just found my confidence again,” T “You have to believe in yourself for your teammates and other people to believe in you. So I just came in here with a different attitude and mindset and how I’m going to approach this season. There’s going to be no regrets. I’m not even worried about outcomes. I’m just worried about putting my best foot forward and staying in that mindset to allow you to play really good football.”

We’ll see if all that increased confidence translates to the football field this season.