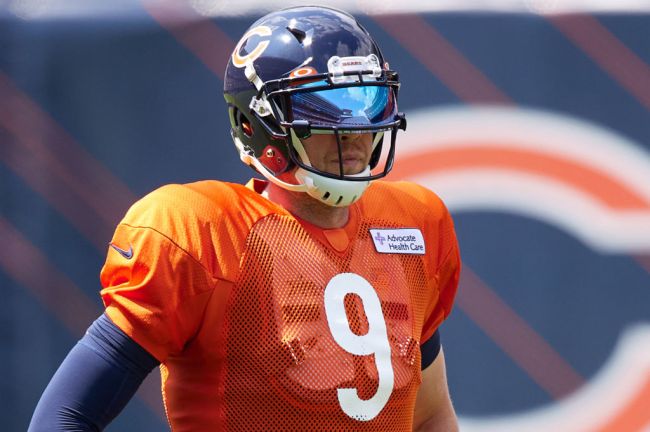 Nick Foles isn’t getting any love from Bears fans.

On Saturday afternoon, Bears rookie QB Justin Fields impressed with his play during the team’s first preseason game when he threw a 30-yard TD pass.

Justin Fields is balling out in his preseason debut — 13-of-19 for 140 yards after this 30-yard touchdown to Jesse James. 5 carries for 33 yards.pic.twitter.com/hcz84yNDrv

Unfortunately for Foles he replaced Fields in the 4th quarter and fans weren’t happy about it.

After throwing an incomplete pass, Foles was booed off the field by Bears fans.

Nick Foles has been booed on two-straight plays.#Bears fans couldn't do that in person last year.

Nick Foles booed off the field in Q4 of a preseason game by all the fans who didn't get their chance last season.

Nick Foles gets booed off the field in Chicago. Damn pic.twitter.com/aHey7lJJWo