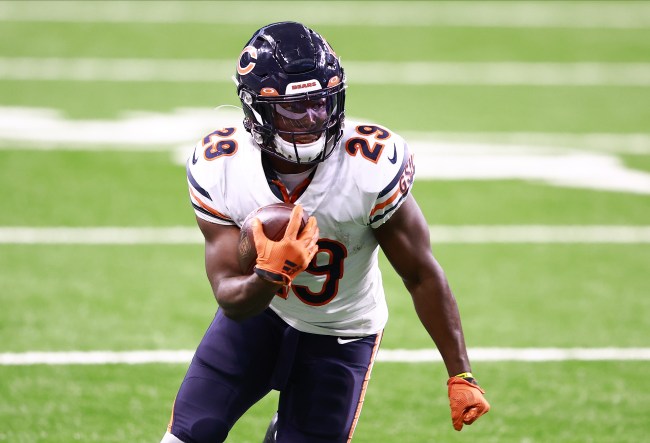 Chicago Bears running back Tarik Cohen is publicly grieving after his brother Tyrell was found dead over the weekend.

On Monday afternoon, Tarik took to Twitter to honor his brother, who passed away at just 25 years of age.

While we appreciate the condolences thoughts and prayers, we ask that you respect our privacy during this time. Let us grieve. Please and thanks. Long live Me .

I lost my brother , my twin, myself . What a great man he was . I’m glad i got to express just how much i love him while he was here. God truly calls home the best and most worthy. I’ll just miss him forever. I got Riah and Trini Tyrell i swear to god .

According to the Wake County Sheriff’s office, Tyrell Cohen died of electrocution while trying to climb power equipment at an electrical substation. It is believed that Tyrell entered the substation while fleeing law enforcement after a car accident.

Per Wake County sheriff’s office spokesperson Eric Curry, Cohen died from electrocution while trying to climb power equipment at an electrical substation. Cohen was reported missing by his brother over the weekend, with Tarik sending out a tweet asking if anyone had seen him in the Raleigh/Durham area — explaining he’s “possibly injured.” Cohen has since deleted the tweet.

Raleigh Police Department officers were searching for Cohen after he fled the scene of a car accident around 2 a.m. Saturday morning, per the News and Observer. When Cohen wasn’t found, the search was called off until the family filed a missing person’s report. His body was discovered Sunday around 9 a.m. Police say foul play is not under consideration.

The Chicago Bears also went on to release a statement following the death of Cohen’s brother.