Six-Time Paralympic Medalist Quits Team USA After Being Denied An Assistant, Her Mother 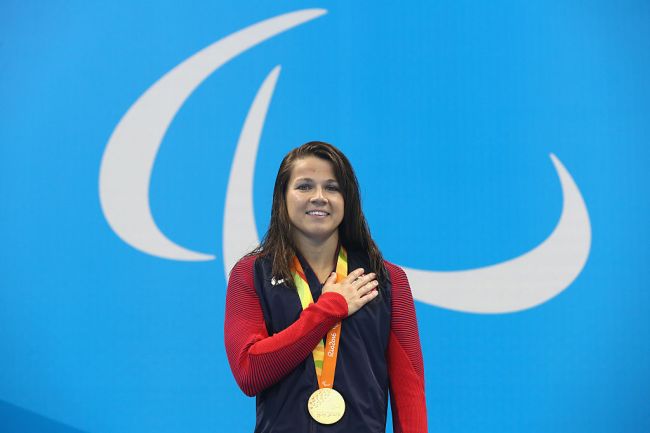 Six-time Paralympic medalist Becca Meyers was expected to compete for four medals in Tokyo this summer. Instead, she will not be in attendance.

The 26-year-old deaf-blind swimmer was told that she could not bring her mother and personal care assistant (PCA), Maria Meyers, to help her navigate the Olympic facilities and the city. So she quit Team USA.

Maria Meyers’ inability to travel to and attend the games was a result of COVID-19 restrictions, the United States Olympic & Paralympic Committee told the family,

The committee emailed the family in June. Chief of sport performance and national governing body services Rick Adams said that both organizers and the Japanese government prohibited Becca from bringing a PCA.

Regulations are strictly limiting who is and is not allowed to travel to Tokyo as a member of an Olympic delegation. Mrs. Meyers did not make the cut.

Questioning and debunking the blame.

While the USOPC provided its reasoning for the lack of PCA, the Meyers family dispute its claims. Becca’s father Mark Meyers even told the Washington Post that both the Japanese government and government officials in Maryland said the USOPC is to blame.

“We contacted the Maryland secretary of state. We had somebody contact the Japanese government, the ambassador — they all say it’s not the government [and] it’s not the organizing committee. It’s the USOPC that’s blocking this.”

“They can ask for more [official credentials]. … They just did not plan for her. They knew about this [issue] in February. They said, ‘Sorry, we can’t help you.’ They’ve had time to fix this, if they asked the right people. They’ve chosen not to.”

It is the family’s belief that the USOPC simply chose not to allocate one of its limited essential personnel slots for Maria Meyers.

The USOPC, however, stood by their claims in a response to the Post.

“We are dealing with unprecedented restrictions around what is possible on the ground in Tokyo. As it’s been widely reported, [the Tokyo Organizing Committee of the Olympic and Paralympic Games], at the direction of the government of Japan, is not permitting any personnel other than operational essential staff with roles related to the overall execution of the games, into the country.

“This position has resulted in some athletes advising us that they will not accept a nomination to Team USA for both the Olympic and Paralympic Games. We are heartbroken for athletes needing to make agonizing decisions about whether to compete if they are unable to have their typical support resources at a major international competition, but our top priority is ensuring the safety of our athletes, coaches, staff and the citizens of the host country.”

In addition, the USOPC noted that it is providing one PCA for the 34 members of Paralympic swim team and that the team’s six coaches are able to assist.

One PCA and six coaches (who also have to worry about coaching) for 34 deaf-blind team members does not seem like enough.

The likely end of a storied career.

Meyers suffers from Usher syndrome, which is a genetic disorder that left her deaf at birth. The disorder has also slowly weakened her eyesight.

Her vision is not completely gone, but she has been reclassified by the Paralympics from S13 to S12. Paralympians who are completely blind are designated as S11.

Meyers was one of the most celebrated and decorated athletes at the London and Rio Games. She has three gold medals, two silver and a bronze.

At 26 years old, Meyers’ decision will likely end her Paralympic career. It comes in part to effect change, she told the Washington Post.

“I would love to go to Tokyo,” she said. “Swimming has given me my identity as a person. I’ve always been Becca the Swimmer Girl. I haven’t taken this lightly. This has been very difficult for me. [But] I need to say something to effect change, because this can’t go on any longer.

If the Paralympics are unable to be held in a manner that makes its athletes comfortable and properly cared for, they should not be held.

“This is the Paralympics,” Becca told the Post. “We should be celebrating everyone’s disabilities. We’ve broken barriers in society, defying all odds. And yet this is how we’re treated? Like a burden on the team?”

There is a lot of uncertainty as to what exactly went down, but regardless of who is at fault, this should not happen and fingers should point across the board. Meyers has worked her whole life to get to this point and had a chance to be one of the most decorated Paralympic athletes of all-time.

She has been robbed of that opportunity.