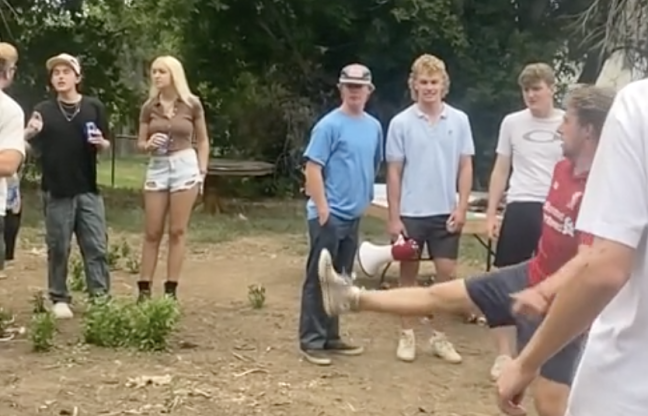 The game of ‘Beer Die’ has swept the nation over the past decade. It began as a West Coast drinking game that has since evolved into a country-wide phenomenon that combines hand-eye coordination and reflexes with technique and strategy.

The concept is pretty simple, but the rules can get pretty specific.

Opposing players, two on each side, stand on opposite ends of a table. Players throw a die over a certain height with the goal of either sinking the die in their opponent’s cup, or having the die hit the table and bounce to the floor.

To avoid conceding a point, the team that is playing defense can catch the die off of the bounce before it his the floor. Should that be the case, there is no point scored for either team.

In a defensive effort, there is such a thing called a “FIFA.” That occurs when the die hits off of the table and one of the two players on defense is unable to catch the die with his hand.

As a last-ditched effort, a “FIFA” allows a defender to kick out his/her foot and keep the die alive. If his/her teammate can catch the die off of the volley, the point is saved— or, depending on house rules, a successful “FIFA” can be worth a point in favor of the defense.

The greatest FIFA of all-time.

Now that is all explained, whether you understand it or not, this “FIFA” save is absolutely mind-blowing. Dice enthusiast Jack Hagerty recently posted the shot on his TikTok and it might be the greatest beer die play of all-time.

The initial toss falls beyond the table and out of the field of play. However, the defender just so happens to get his foot on the die and keep it alive for a potential point.

His partner, wearing a Liverpool jersey, has no shot of making the catch. In turn, he goes full-extension with his right foot and flicks the die back toward his teammate for the catch and the point.

To get an idea of just how insane the play was, look at the reaction from those watching. And look at the mullet on the guy with the megaphone!! 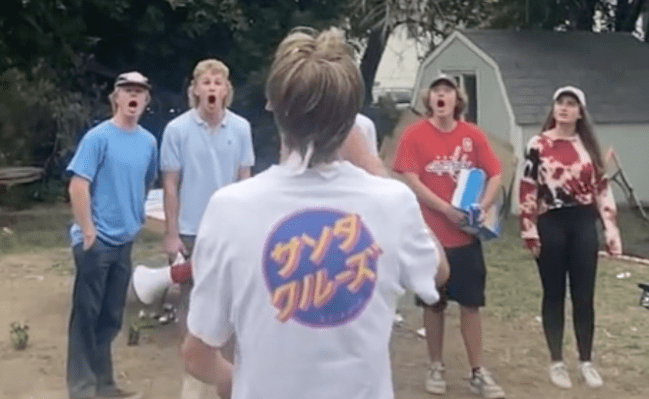