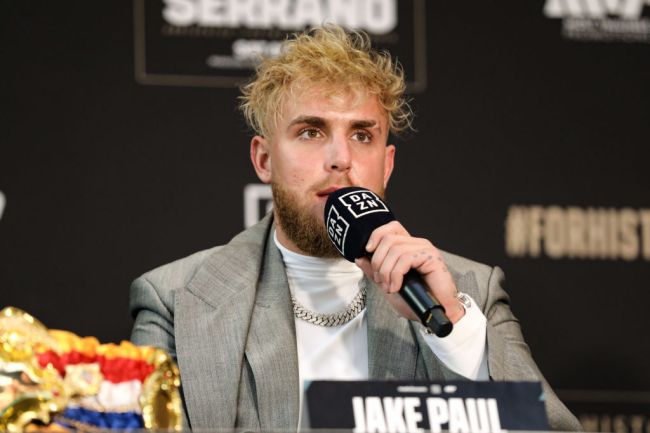 Since Jake Paul’s knockout win against Tyron Woodley, he has been talking about making the transition into MMA. Nothing has materialized, but it is an idea that has garnered some interest from fans.

It would appear that it is also of some interest to one of MMA’s biggest promoters. Today, Bellator CEO Scott Coker discussed the possibility of Jake Paul and Logan Paul appearing in his organization and had surprising expectations for the opponents they could face.

This is a weird thing for the CEO of an organization that claims to compete with the UFC. When Dana White ever talks about Jake Paul taking a UFC fight, he isn’t talking about him fighting a top 10 guy. When they brought in CM Punk, he fought a debuting fighter and a journalist. Neither Paul brother would come close to competing with a top 10 UFC fighter any time soon.

The same should be true in Bellator. They don’t have the same level of talent at the top of their weight classes or the same depth in their divisions, but their top 10 fighters should be expected to beat Youtubers with no MMA experience with relative ease.

Each of the Paul brothers competes at cruiserweight in boxing, which means they’d likely either fight at light heavyweight or middleweight in MMA. Their 10th ranked fighter at light heavyweight is Melvin Manhoef. Manhoef is a talented kickboxer with massive knockout power and 50 fights in both kickboxing and MMA.

Bellator’s 10th ranked middleweight is Khalid Murtazaliev. Murtazaliev is best known for his one appearance in the UFC where he demolished veteran CB Dollaway and forced a ref stoppage after the 2nd round. He showcased a strong grappling game and dangerous ground and pound that would be a nightmare for either Paul brother.

If Bellator were to sign either Paul brother it would be a huge signing for the organization, but they’d have to feed them quite a few low-level opponents before they’ve be anywhere near ready to fight the top 10.