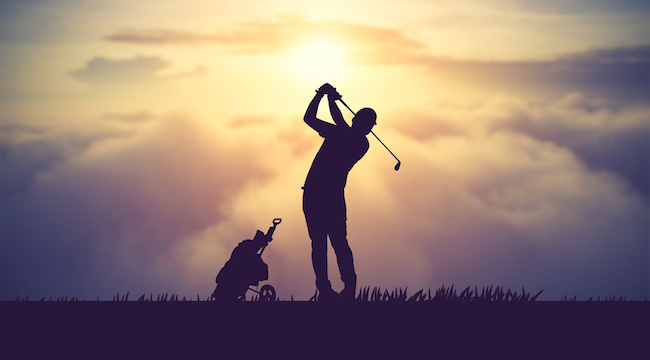 For the past few years, 61-year-old Don Byers has devoted a large chunk of his life to doing what plenty of people his age to pass the time: playing a shit ton of golf. When the Nebraska-based insurance agent took up the game, it took him about 120 strokes to get through 18 holes, but he’s since managed to become a scratch golfer who routinely finishes under par at Champions Run, his hometown course in Omaha.

Last fall, Rob Brown— the golf coach at the nearby Bellevue University— played a round with Byers and was incredibly impressed by his performance. Brown joked that he wished his playing partner still had some college eligibility left, but after it was revealed Byers actually did, the conversation became a bit more serious.

The men were in constant contact for the next couple of weeks until Brown revealed his true intentions: he wanted Byers to join his squad.

ESPN caught up with the duo after Byers became an official member of the student body (the first time he’s been enrolled at a school in 40 years) in preparation for the upcoming season. While Byers looks forward to being a valuable contribution to the team, he hopes the relationship is reciprocal:

“I hope to learn something from these guys. That’s the beauty of this game. In what other sport can you do this in? I don’t know how I’ll do, but I hope I’ll do well.”

He’s not the first person to attempt to relive his glory days at such a late age. In 2016, 55-year-old Joe Thomas Sr. managed to earn a spot on the South Carolina State football team. I’d also be remiss if I didn’t mention Gary Fryer, who didn’t return to school to play a sport but joined a frat at Arkansas Tech University at the age of 70.

Byers will have his first chance to prove his worth when the team opens up their season when they travel to Las Vegas in March. He’ll be accompanied by his wife, who he hopes will offer her emotional support in addition to “conjugal visits.”

I’m glad Byers is getting after it in more ways than one.