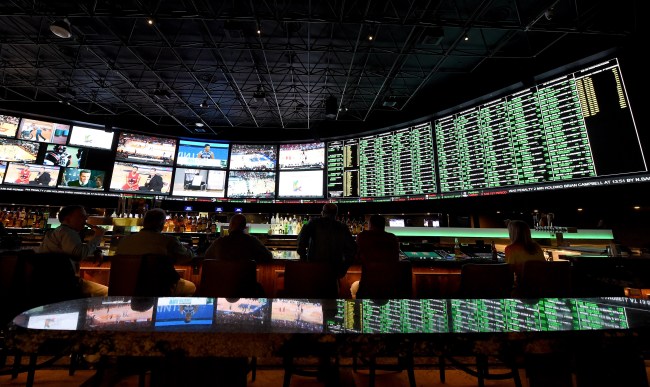 Ben Patz, a 23-year-old gambler who went viral during the 2019-20 NFL season for winning over a million dollars through elaborate parlays, has been charged with allegedly “threatening to carry out acts of violence against athletes and their families,” according to The Action Network, citing U.S. Attorney Maria Chapa Lopez. Officially, Patz has been charged with transmitting threats in interstate or foreign commerce.

Patz — who won over $1.1 million through gambling in less than two months — was covered extensively by Darren Rovell of The Action Network during his winning streak.

Parlay Patz is not on Twitter, but you can follow him on the @ActionNetworkHQ app. This is his play today that would net $100,500. Note: Record for parlays doesn’t show on app yet. pic.twitter.com/zTRtZ4PS8f

The complaint also says that Patz sent a direct message to a Patriots player with the initials J.E. (likely Julian Edelman). “I’ll rape and murder your entire family.”

Patz also allegedly fired off a note to R.G. (likely Rob Gronkowski): “I will brutally rape and murder your family. … I will enter your home while you sleep and sever your neck open with a dull knife.” [via The Action Network]

Patz alleged threats didn’t end there, though, as U.S. Attorney Lopez alleges that Patz also sent threats to various other athletes, both professional and amateur:

On July 4, 2019, he sent an Instagram message to Toronto Blue Jays player F.G. (likely Freddy Galvis): “I will behead you n****r” and “I will gas your daughters and then sever their throats open with a dull knife.”

On July 20, 2019, an Instagram message allegedly from Patz threatened a player for the Tampa Bay Rays with initials C.R. (likely Chaz Roe): “Your family will be beheaded.”

That same day, a woman with the initials B.M. (likely Briana Miller), the girlfriend of a Atlanta Braves player with the initials J.D. (likely Josh Donaldson) got a message: “Your husband will be beheaded. I’ll enter your home while you sleep and end both of you.”

A week later, another Braves player with the initials M.F. (likely Max Fried) got messages from an account allegedly run by Patz: “I’ll behead you and your family. I’ll sever your neck open with a dull knife.”

If convicted, Patz faces a maximum penalty of five years in prison.