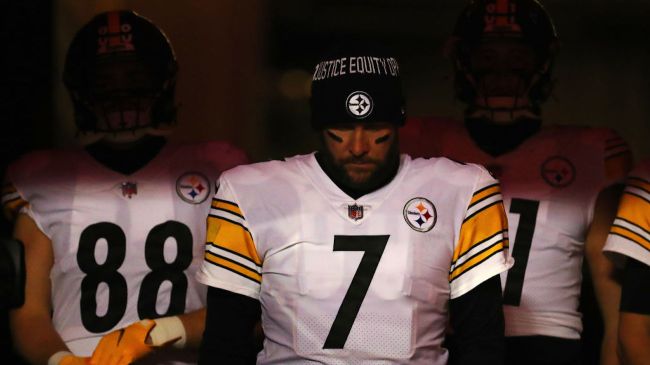 While most in the NFL world thoughtBen Roethlisberger’s career was at its end, the future Hall of Fame quarterback was apparently not one of those people, as new reports indicate that “bad blood” exists between the two-time Super Bowl champ and the organization.

According to Gerry Dulac of the Pittsburgh Post-Gazette, it’s “safe to assume” that there is “bad blood” between Roethlisberger and the Steelers because he was “forced into” retiring this offseason.

Gerry Dulac of the Pittsburgh Post-Gazette was asked this question during a Wednesday chat: “Is there bad blood between the Steelers and Big Ben with how his career ended. Was he ready to retire or was it a Troy [Polamalu] type situation where he was forced into it?”

Said Dulac: “I would say it’s very very safe to assume that.” [via ProFootballTalk]

Unfortunately for Ben, the rest of the league seemed to agree with the Steelers’ analysis of his future and there wasn’t a market for his services during the offseason, which saw a handful of veteran quarterbacks — Russell Wilson, Matt Ryan, Carson Wentz, and Deshaun Watson, for example — change teams.

During the final season of his career, Roethlisberger started in 16 games, completed 64.5% of his passes, and threw for 3,740 yards, 22 touchdowns, and 10 interceptions. Given the amount of money that the major networks are paying broadcasters, particularly quarterbacks, it would be surprising if Roethlisberger didn’t kick the tires on that potentially being the next move in his career.