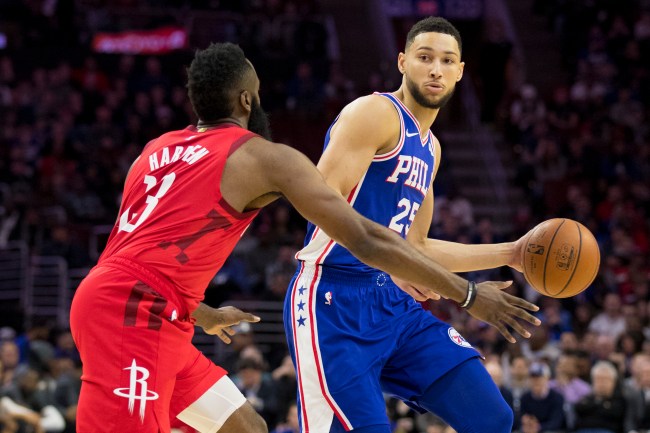 Things are about to get real awkward in Philadelphia for Ben Simmons.

On Thursday night NBA insider Shams Charania dropped a bombshell report when he revealed that a league source told him that the Sixers were now willing to include Simmons in a trade for disgruntled Rockets superstar James Harden.

The Philadelphia 76ers have made Ben Simmons available in some packages with the Houston Rockets for James Harden, sources tell @TheAthleticNBA @Stadium. Conversations aren't fluid as of now.

Sixers president of basketball operations Daryl Morey immediately denied the rumors that he was in talks with the Rockets to trade Simmons.

In response, 76ers president of basketball operations Daryl Morey tells @TheAthleticNBA @Stadium: “We are not trading Ben Simmons — he is an important part of our future.” https://t.co/W6T7HQjjoP

On Friday morning Simmons appeared to react to the trade rumors with a single emoji that sent NBA fans into a tizzy.

It’s unclear whether the Sixers would pull the trigger on Harden but it seems like the rumors are going to be a cloud over the organization until after the Rockets move the superstar guard.