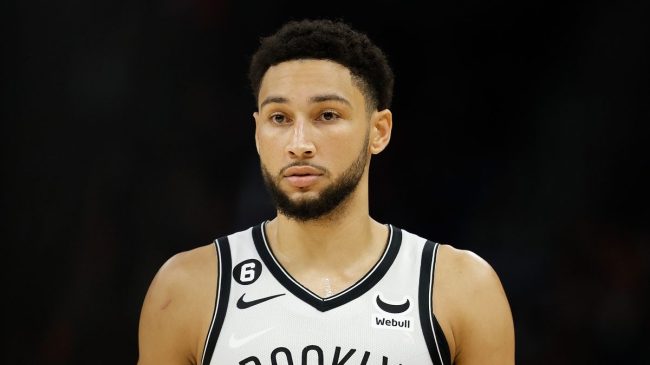 The Brooklyn Nets just can’t stay out of the limelight, can they? After everything that’s been going on, it sounds like locker room problems may be growing rapidly. However, it sounds like the team is growing more frustrated by the day with Ben Simmons.

According to Shams Charania, it sounds like the franchise is becoming a bit tired of Ben Simmons. It’s at the point where the Nets are frustrated with his “availability and level of play.” It’s not a great look for Simmons whatsoever, as those are the same concerns his teammates on the Philadelphia 76ers had.

Even so, the Nets’ guard responds to the reported frustrations, claiming, “I get [the skepticism], but I think the one thing with me is that I’m a competitor.”

There has been building frustration surrounding Nets star Ben Simmons’ availability and level of play, sources say. Simmons: “I get (the skepticism), but I think the one thing with me is that I’m a competitor.”

Story with @sam_amick at @TheAthletic: https://t.co/EwdqFsimcu

At the end of the day, this is a bad look for Ben Simmons. These are the exact reasons that led to his demise in Philadelphia. Additionally, Brooklyn could really use him right now, as it’s basically Kevin Durant by himself. The Nets season is off to a terrible start and Simmons’ woes aren’t helping.

We’ll see how this plays out. Maybe Simmons turns it around finally and helps lead Brooklyn back into playoff contention. For now, it’s hard to tell which direction the Nets’ season is going, as there is too much outside noise for the team to focus on basketball.