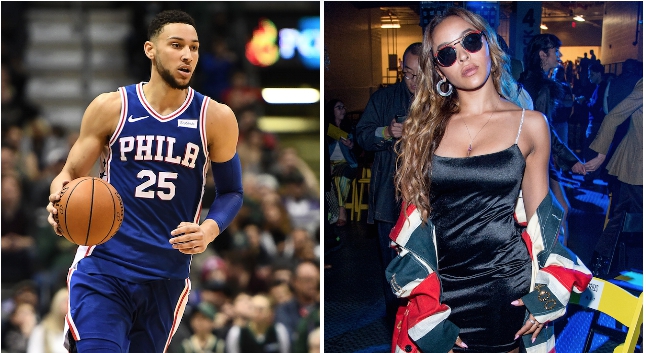 An insider familiar with the duo said the romance has been going on “for a few weeks.”

Just a week after she was spotted at the same club with Ben Simmons’ rival Donovan Mitchell, the R&B singer was filmed partying with Jenner’s ex Blake Griffin in Vegas.

Spies tell us that Simmons and Tinashe, whom he allegedly dumped for Jenner, were both at Hyde Sunset in LA on Friday to celebrate the birthday of co-owner Frankie Delgado, and they steered clear of each other.

But then on Saturday, Tinashe was at Apex Social Club at Palms Casino Resort hanging out with Jenner’s ex Griffin. The celebration was for APEX Social Club owner Ryan Labbe’s birthday.

“Blake watched Tinashe perform,” said a spy. “They were also at the same VIP table.”

i don’t know much about Tinashe but it sure does seem like she’s trying to get her name in the headlines to get revenge on Simmons for breaking up with her and dating Kendall Jenner.