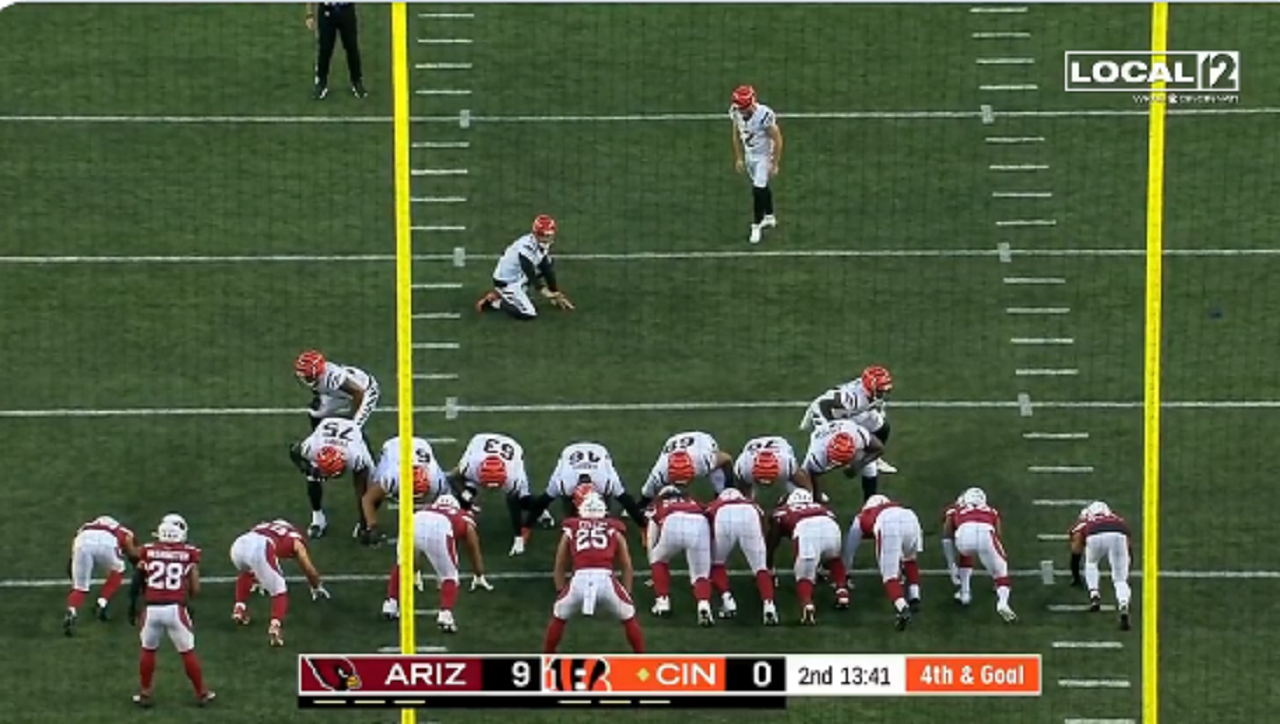 We’re only in week one of the NFL preseason and we already have an announcer going viral for his poor phrasing while calling a game.

On Friday night, a Bengals announcer went viral when he said “you have to like when a guy is coming right in your face and sits in there and delivers it” while the team was kicking a field goal.

The video exploded on social media and currently has nearly three million views as NFL fans reacted to it.

There have been a lot of dirty calls in sports. This may be the dirtiest of all time lol pic.twitter.com/jmbL4b8L8x

Do people not listen to their own words? 😂 pic.twitter.com/516I89lxLJ

This broadcaster didn’t think his word-choices out to well 💀 pic.twitter.com/SjsBNXpAJV

There’s no context that can fix this, this is WILD https://t.co/RzvCNh3Oul

You have to like it. This guy said so. https://t.co/goOuXTpgNb

I love that this has almost 20K likes because at the end of the day we're all juveniles pretending to be mature lol https://t.co/FH3MzbRe5u