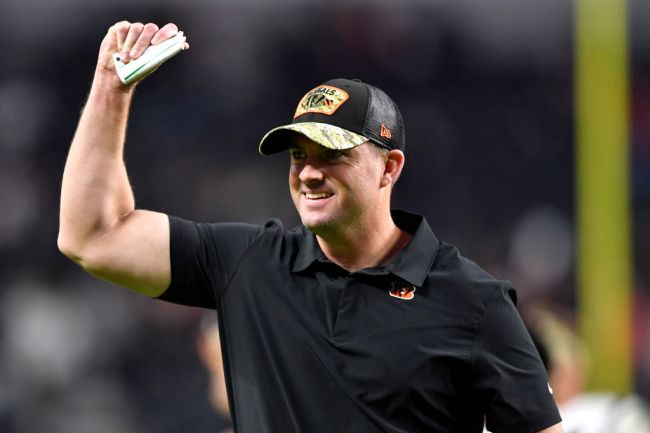 On Saturday, the Cincinnati Bengals won their first playoff game in 31 years after beating the Las Vegas Raiders in a tight game.

The drought is over in Cincinnati.

The Bengals win their 1st playoff game since the 1990 AFC Wild Card.

After the game, Taylor showed up to a random local Cincy bar to hang out with fans and hand out a game ball to one lucky fan.

Zac Taylor went to a local bar and was one of us for a night after winning the Bengals their first playoff win in 31 years. I will no longer accept slander on him. That’s my fucking coach #WHODEY

Taylor apparently sent several players out into Cincinnati to hand out game balls to random fans.